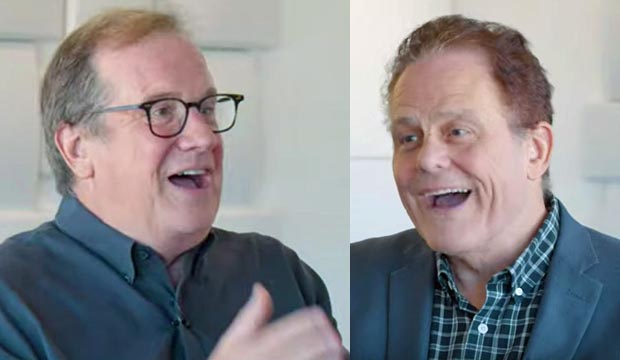 Gold Derby’s Tom O’Neil and I are going at it again, trying to predict the outcome of several races for the Primetime Emmy show this weekend.

First up we tackle the Comedy Series categories with a debate about how Veep might pull off yet another win for its seventh and final season, or if Amazon’s The Marvelous Mrs. Maisel, in only its second season, has the stuff to repeat. Maisel already had a great showing at the Creative Emmys last weekend, so is that an indicator of further victory on Sunday night in the marquee races?

A similar dynamic is at work in the Lead Actress in a Comedy Series race, where Julia Louis-Dreyfus is looking to set an Emmy record by beating Cloris Leachman’s and her own mark of eight wins for acting. Louis-Dreyfus also would break her own record for most wins for playing one character with a seventh win for Veep, but can last year’s winner (Veep wasn’t eligible) Rachel Brosnahan for Mrs. Maisel spoil the historic opportunity?

We also talk potential winners for Lead Actor and the Supporting Comedy Races as well. To watch just click on the link above.