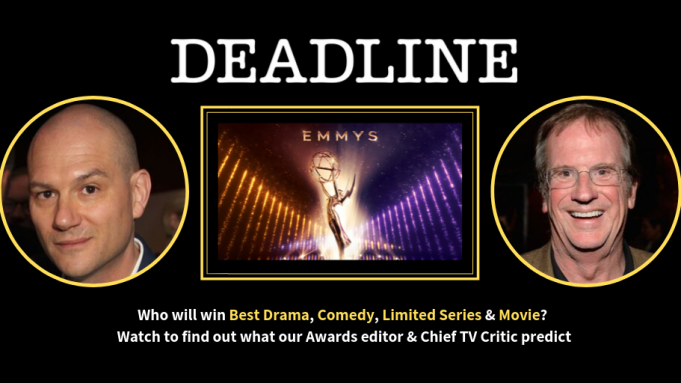 The 71st Primetime Emmy Awards on Fox are just days away, with suits being pressed, frocks unveiled, speeches prepared and opinions on everyone’s lips about who will be the small screen winners and why.

Right now the math is in HBO’s favor with the premium cabler holding a 25 to 22 awards advantage over runner-up Netflix coming off last weekend’s Creative Arts Emmys. However with trophies for Outstanding Drama, Outstanding Comedy, Outstanding Limited Series and Outstanding Television Movie all to be handed out on September 22 at the Microsoft Theater in DTLA, the numbers game could see some past and exiting winners take more trophies on their way out the door or a wild card go all in.

With that in mind, our TV Talk podcast team of Deadline’s Awards editor Pete Hammond and Senior Editor & Chief TV Critic Dominic Patten have reunited to offer their final predictions for the big categories at this year’s hostless Emmys.

Take a look at the nominees like Game of Thrones, Better Call Saul, The Marvelous Mrs. Maisel, Veep, When They See Us, Chernobyl, Fosse/Verdon and more below. Then check out our video above and see if our predictions line up with yours.

Come back tomorrow for our final predictions in the top Acting categories, and see you all on Sunday, suited and booted.