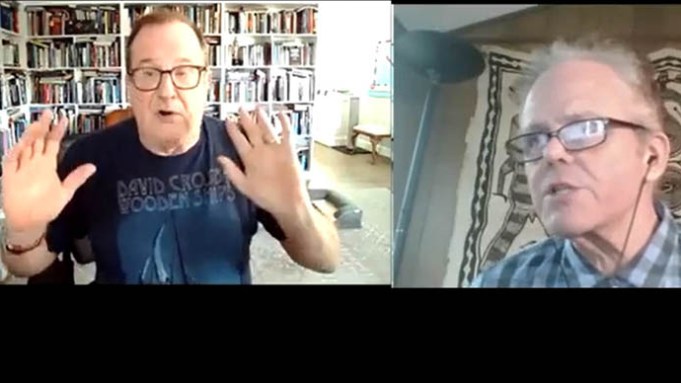 Gold Derby’s Tom O’Neil and I take on some key Emmy categories and predict likely nominees as well as the front-runners for eventual winners. With last year’s top Comedy Series Schitt’s Creek and top Drama Series Succession out of the running this year, the fields in both categories might be less competitive but also could crown first-time winners in each — or not.

Could The Handmaid’s Tale, a winner in its first season, come back to triumph again in its fourth? Will newbie Perry Mason fill the void for HBO, which has been so dominant otherwise in the Drama category over the past few years? Is it finally time a Netflix victory in one of Emmy’s three top categories, and will that happen with The Crown finally being crowned itself in Season 4?

In comedy, we think it could come down to two first-season series: Apple TV+’s great hope Ted Lasso and HBO’s late-breaking Hacks, with star Jean Smart looking at two potential nominations including one for the Limited Series breakout Mare of Easttown. And speaking of Mare, can that late-breaking HBO juggernaut spoil the march to the Emmys for Netflix’s early favorite, The Queen’s Gambit, which has won every conceivable award it was up for earlier in the season?

And in Limited Series — that most competitive of all Emmy categories — snubs are inevitable, so who also will or won’t make the cut: I May Destroy You, The Underground Railroad, The Good Lord Bird, WandaVision, The Undoing, A Teacher, Your Honor, Small Axe? Both Tom and I agree the Emmys needs to expand the Limited Series category, which allows only five nominees as opposed to Drama and Comedy series that guarantee eight each.

There is much to talk about as we await the nominations on Tuesday morning. To list our Emmy Smackdown, just click on the link above.