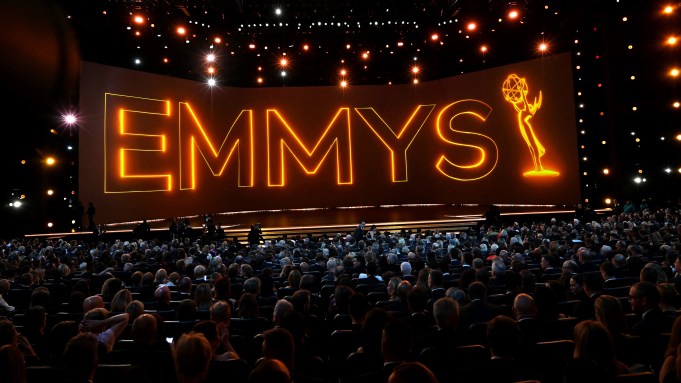 The deadline of this long, virtual Emmy season finally is upon us, and nominating ballots are due into the Television Academy’s accounting firm by 10 p.m. PT tonight. If you haven’t yet voted, perhaps this new Emmy slugfest among experts Tom O’Neil of Gold Derby, Tim Gray of Variety, Libby Hill of IndieWire and myself will help you out — at least as far as the comedy races are concerned.

The four of us try to determine who might be out in front for Comedy Series and the corresponding acting categories as we weigh the chances of the likes of 2018 winner The Marvelous Mrs. Maisel, which is hoping that not having to go up against past winners like Veep and last year’s behemoth Fleabag will mean it can return to the winner’s circle. It also doesn’t have to contend with the surging Barry, which took the year off, but Amazon’s Mrs. Maisel will face tough competition from surging Schitt’s Creek, which aired its final season on Pop and is riding high on industry love.

HBO’s Curb Your Enthusiasm is back and never has won, so maybe this finally is its year? Who knows? The same can be said for the premium cabler’s Silicon Valley, up in contention again for its final season. And can ABC’s Modern Family, a five-time winner, reappear for its last go-round, or will stablemate Black-ish finally get some love here? NBC’s The Good Place also is aiming to compete as it fades into the sunset, and there is lots of newer blood emerging in such shows as Apple’s Mythic Quest, Hulu’s Ramy and the second seasons of Netflix comedies The Kominsky Method and Dead to Me. Speaking of Netflix, can its long-running Grace and Frankie finally get a Comedy Series nom?

See what you think as we slug it out in the video above.