WME Partners Finally Got To Sell 20% Of Endeavor Stock This Week, And Many Took Advantage
Read the full story 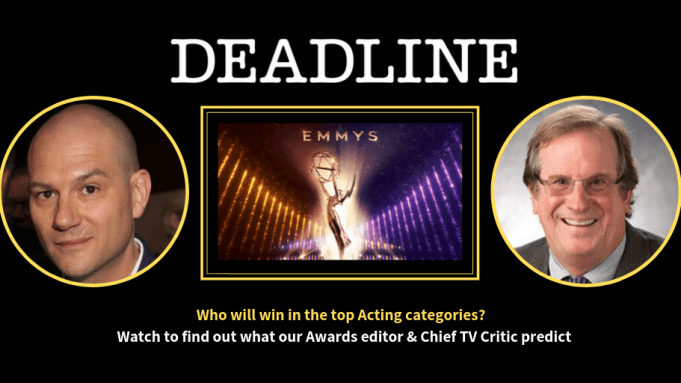 There will be some surprises and maybe even a record broken on September 22 at the 71st Primetime Emmy Awards when they start handing out hardware in the top acting categories.

Check out the video above to see who are our top picks are. You’ll see who we agree on, where we differ, and who could emerge as a shock victor. Also find out what Pete’s favorite TV show of all time is and the category Dominic thinks should be a very close to home tie this year.

Do our predictions meld with yours? Only one way to find out, watch the TV Talk team’s video above. And see you on Sunday with all the wins and Emmy news here on Deadline.com

Outstanding Lead Actor in a Limited Series or Movie

Outstanding Lead Actress in a Limited Series or Movie