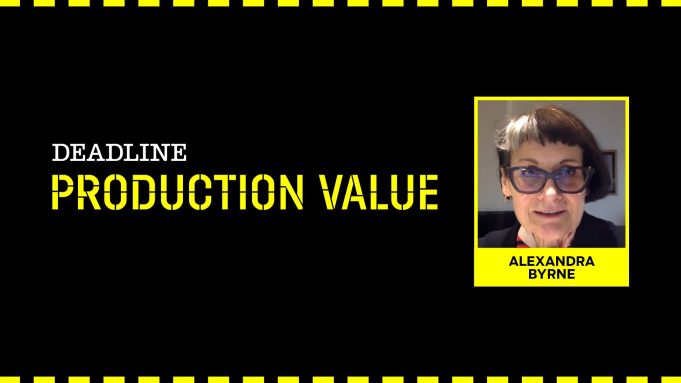 When costume designer Alexandra Byrne was approached for Emma, she jumped at the chance to put a fresh spin on the beloved Jane Austen novel of the same name, while returning to her roots as an artist.

Marking the feature directorial debut of Autumn DeWilde, the period comedy centers on Emma (Anya Taylor-Joy), a well-intentioned, but self-centered young woman coming of age in 1800s England, whose favorite pastime is meddling with the love lives of her friends.

Given the fact that Emma had already been adapted many times over the years, Byrne was initially curious, as to what DeWilde’s take on the story would be. “In talking to her, she was very clear about how she wanted to bring the humor out of the reality, as opposed to imposing humor,” the designer says, in the latest installment of Deadline’s Production Value video series. “I could tell straight away that she loves clothes, loves fabric and loves color. It was very exciting to have somebody who was so invested in the clothes, and in the visual world.”

Heading into the shoot, the director and her team had very little prep time. Therefore, it was crucial for Byrne, DeWilde and production designer Kave Quinn to get on the same page, as quickly as possible, with regard to the visual language they were pursuing.

In early conversations, Byrne realized it would be important to embrace vivid colors, not only in her costumes, but in the creation of the film as a whole. “Everybody thinks that period is sepia and faded, and quite sentimental; it’s not. Their colors were vibrant, and there were just astounding combinations of color that we don’t put together,” she notes. “So, I was trying to be true to the spirit of the period, and the spirit of the book.”

Naturally, another major point of discussion had to do with the film’s characters. In defining looks for Emma, color once again proved key. “Part of the defining Emma was this entitled, big fish in a small pond. I thought a way of showing that within this story is that she has the clothes, the colors, everything that is absolutely for the moment,” the costume designer says. “She has the kind of Net-a-Porter account, and she can do anything.”

After cementing a vision for the film’s lead character, Byrne would then look to all the characters around her, exploring the roles they play in her world. “Emma really is the pivotal queen bee in this story,” she says. “Then, in working with Kave… it was the dance of who belongs in their environment, and who’s at odds with our environment.”

Before creating her costumes, the designer would present them all on mood boards, as she has on many projects, “which are both true to period and eclectic.”

The looks on these boards were informed by the same kind of historical research that Byrne has done on each of the many period pieces she has designed. “I feel very much that in a period film, I need to do the research entirely, so that I understand the period,” she says. “I know it inside out, so that I’m very in control of the decisions I’m making, and I know how to place that within the period.”

The period in which Emma is set was particularly interesting because it marked the beginning of fashion magazines for women. “So, fashion became a way to communicate your status, your sociability, your connections,” Byrne explains.

In order to educate herself on the fashion of early 19th century England, Byrne journeyed to costume museums across the country, looking at colored line drawings and fashion plates of the era. “I [also] went to look at original pieces of clothing—and that’s kind of the key to the puzzle. Because in looking at them, if they’re hand-made, they’re not overlocked, they’re not robust,” she says. “They’re incredibly delicate, incredibly personal. Quite often, they’re very flimsy, and very spontaneous. So, that kind of brings the sense of fun.”

By considering these original pieces and relating them to fashion plates, “I understood the period a lot more, and the sense of liberation and individuality that comes through these clothes,” Byrne says. “I think there’s a tendency for this period to become too heavy and robust, and it was actually very soft.”

Subsequently, in fabricating costumes, Byrne looked to infuse her historical understanding into each individual piece of the entire cast’s wardrobe. “So, it’s not just a dress. It’s not just, ‘Zip up the back, and there’s a dress. Off you go,’” she says. “There’s a lot of fun in creating a silhouette and a character.”

For Byrne, another facet to Emma that made the project so compelling was that it marked a full-circle moment in her career. Interestingly, the first film she ever designed was also a Jane Austen adaptation—that being Roger Michell’s Persuasion (1995). “It was very interesting to come back to Jane Austen a few years down the line, and to understand how everything has grown. You know, that was pre-internet, when I did Persuasion, and I can remember how hard it was to find research,” she says. “Whereas now, we’re at the other end of the scale. The internet is flooded with images, most of them wrongly labeled or categorized, so it’s a different kind of detective work you have to do.”

An Oscar winner and five-time nominee, Byrne vividly recalls how she felt, as she set out on Persuasion. “It was interesting because I hadn’t got a clue what I was doing, to be honest. So, you’re working on instinct and a process that you set up, but I was really finding my way,” she says. “What I found interesting, coming back to this period again, is that I slightly mourned that sense of naiveté, of inhibition, of just going, ‘Well, I’ve got to do it. This’ll work.’”

Known for her work on films like Elizabeth, The Avengers and Mary Queen of Scots, Byrne was drawn to costumes at an early age. Growing up in Stratford-upon-Avon, the designer spent much of her childhood watching plays performed by the Royal Shakespeare Company. “My brother and I had a very good technique. We would go into the very high, upper circle, which was next to nothing, [in terms of cost], and then we would lean over the balcony, spot the free seats and sneak down at the interval,” she recalls. “I think all the ushers knew exactly what we were doing, but as kids, you can do that.”

Having grown up in the theater, Byrne soon decided to pursue a career in this world. After taking “the sidestep” of studying architecture, she went on to earn a postgraduate degree in theater design. “In theater in England, you do both sets and costumes, and I was happily working away at that, by which time I was married, had children and realized that my fee as a designer for the Royal Shakespeare Company was less than I was paying in childcare,” she says. “So, it didn’t quite seem right that it became a kind of hobby. It couldn’t be a career to support myself.”

Around the time that this revelation struck Byrne, a number of the directors she knew were making a career pivot into film and TV. “I kind of made that move with them. But the decision was, do I go in to be a production designer or a costume designer?” she says. “The obvious one would have been a production designer because I studied architecture. But in my work in the theater, I just loved the way that you can tell a story through clothes.”

While the costume designer would earn her first Oscar nomination for Hamlet in 1997, an earlier breakthrough moment came in 1989, when she earned her first Tony Award nomination for the comedic play, Some Americans Abroad. “Oh god, that was terrifying. I’m a very much behind-the-camera person,” Byrne admits. “I worked out about five minutes before my award came up that it was going to be presented by Joan Rivers. That was so overwhelming, because it’s the first awards thing I’d ever been to, that I just thought, I no longer want to win.”

Of course, Byrne would go on to win countless awards over the years. At the same, many of the moments she most cherishes are more private ones, in which she’s looked to push herself as an artist. “Sometimes, I feel I push quite hard, and I think the joy is when you see that it works, or it’s okay,” she says. “You never know till you see it all together.”

For the costume designer, one of the joys of the work she does is the opportunity it provides for life-long learning. “You’re always, always learning,” she says, “and that brings an adrenaline, doesn’t it?”

At the end of the day, though, the collaborative nature of filmmaking is what keeps her energized. “I love good accidents. I love serendipity; I love the unknown,” she says. “And I think that through collaboration, you can achieve things that you can’t achieve on your own.”

A leading contender this Oscar season for Best Costume Design, Byrne also recently worked on Kevin Macdonald’s The Mauritanian. Based on a true story, the film centers on Mohamedou Ould Salahi (Tahar Rahim), a man fighting for his freedom, after being locked up in Guantanamo Bay for more than a decade, having never been charged with a crime.

For more from our conversation with Byrne about Emma, take a look at the video above.