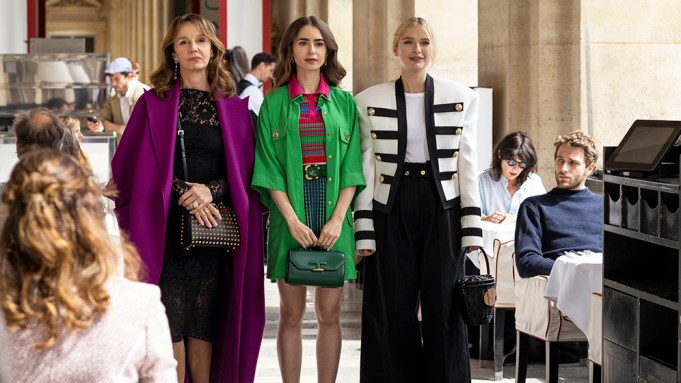 The first official trailer for Season 2 of Netflix’s Emily in Paris reveals Emily (Lily Collins) is still living her best life in the City of Lights while also reckoning with the consequences of her actions. New episodes of the Darren Star series premiere on Dec. 22; watch the trailer above.

In Emily in Paris, Emily (Collins), an ambitious twentysomething marketing executive from Chicago, unexpectedly lands her dream job in Paris when her company acquires a French luxury marketing company — and she is tasked with revamping its social media strategy.

In the Season 1 finale, the show’s titular character had an affair with her neighbor Gabriel (Lucas Bravo)—who just so happens to be the boyfriend of Emily’s first French friend Camille (Camille Razat). As she figures out how to handle the situation, she throws herself into her work which is getting more complicated by the day. Speaking of complicated, her love life might be headed in a new direction after meeting a fellow ex-pat who both infuriates and intrigues her.