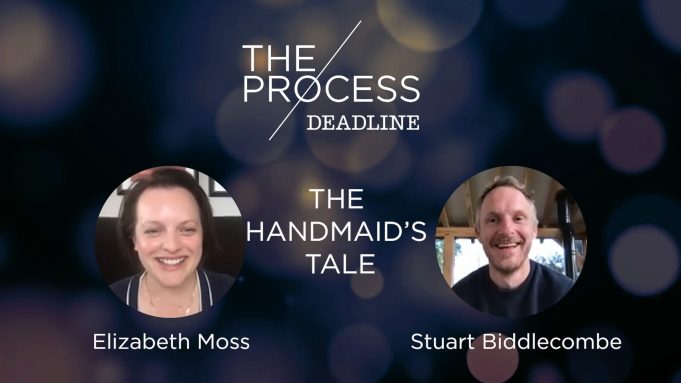 Last year, Elisabeth Moss made her first foray into directing, helming three episodes out of 10 for The Handmaid’s Tale’s fourth season.

For the Emmy-winning actress and producer, who has worked on sets since she was a child, this moment of creative transition proved revelatory. “Here’s what’s interesting that I found out when I started directing. For better or worse, I’ve thought as a director for a lot longer than I realized,” Moss says. “Even as an actor, I cut the scene in my head. Maybe I shouldn’t be doing this…but I think about when we would cut out of that close-up that I’m doing.”

While Moss relished the experience of directing and has already found her next opportunity to do so, she also realized when she was suddenly in the director’s chair on Handmaid’s that something was missing. “The thing that I missed the most, as a director, was having a director,” she admits. “I missed that collaboration and those conversations.”

Filling that void for Moss in Season 4 was cinematographer Stuart Biddlecombe, who signed on to her dystopian Hulu series the season prior, and quickly became one of her most trusted collaborators. “I feel like honestly, I used you so much as that person that normally, I would have used a director for,” Moss tells Biddlecombe, “bouncing ideas off of [you], even just as an actor, and going up to you and saying, ‘Was that good? What do you think?’”

“It did feel unusual, in a way, for me, for someone to go, ‘Okay, what did you think of the performance?’ Because usually, of course, it is a little bit my business, but it’s not my business. It’s the director’s business,” notes Biddlecombe. “So, to have that, I think was incredibly exciting for me.”

In the latest episode of Deadline’s The Process, the DP explains that the kind of collaboration he’s found with Moss is precisely the kind he’s always looking for. “We spent hours and hours going through the scripts and really examining them, and for me, that’s incredibly rewarding, just because it means that it’s part of me which is on screen, as well,” he says. “What’s interesting to me is finding the nuances…these little, tiny beats, which are beautiful…and finding those together.”

During their talk on The Process, Moss and Biddlecombe touch on their philosophies with regard to storytelling, the most challenging sequences to bring to fruition in the episodes Moss directed, and guiding The Handmaid’s Tale through a subtle visual evolution in Season 4, as Moss’ June makes her way from the totalitarian nightmare of Gilead to freedom and safety in Canada. The pair also discuss Biddlecombe’s deep-seated desire to shoot a musical, choreographing action sequences as if they were music videos, lessons on directing Moss has taken from her three decades on set and more.

Check out their entire conversation by clicking on the video above.