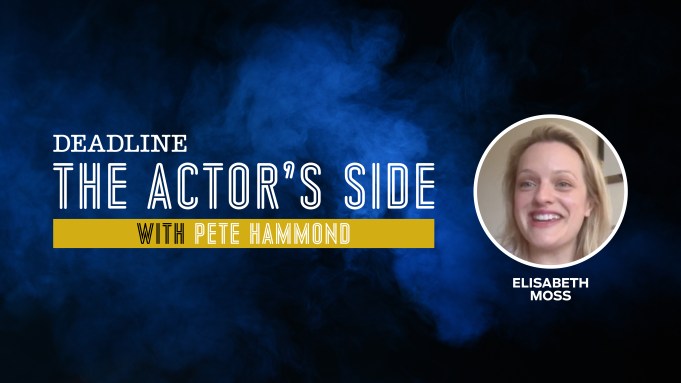 On today’s edition of my Deadline video series The Actor’s Side, Elisabeth Moss talks about how the stakes of doing her hit Hulu series The Handmaid’s Tale rose considerably during Season 3, including the challenges of keeping this provocative show moving forward. The first season saw the drama series conquering the Emmys — so far the only streaming show to take TV’s top prize as Best Drama Series including two Emmys, as star and producer, for Moss herself.

Season 4, which went into production just before the coronavirus pandemic shut everything down, could offer her an opportunity to add a directing statuette to her collection as well — that is if she ever gets a chance to finish her helming debut on the series, which abruptly was put on pause after less than two days. It is inadvertently giving her now more time to think about it than even the likes of Stanley Kubrick took to make one of his movies, and she’s looking forward to getting back behind — and in front of — the camera soon to pick up where she left off.

The Actor’s Side became the first opportunity she has had to discuss the decision to try directing on for size, and she talks about it in detail here, including the prospect of actually calling the shots for herself as an actor.

Certainly with a rich history of being part of iconic shows like The West Wing, Mad Men and the limited series Top of the Lake to name three, Moss has a lot of experience in working with directors including those with whom she has made motion pictures, and she tells me how she turned to them for advice. She also talks about her hit movie The Invisible Man, which was going great in theaters until they were shut down less than two weeks into the run. Universal made the switch to VOD, where it has continued to do well, and it certainly cements her viability as a movie star following a recent Indie Spirit nomination for her role as a rocker in Her Smell, and her upcoming dramatic turn as author Shirley Jackson in Neon’s Sundance hit Shirley, which will be released next month.

With Invisible Man, she not only had to run a gamut of emotions in the leading role (despite the title of the ’30s horror classic on which it is spun off), but also in such a physical way that she says she was starting to think she is Lara Croft. And just as the 11-time nominee and two-time Emmy and Golden Globe winner has proven on TV, she is now being mentioned for the same kind of awards buzz in movies as well. I joked that she was once called “the queen of peak TV” but that she now may also become “the queen of peak movies” too, and you can find out how she answers that as our conversation begins.