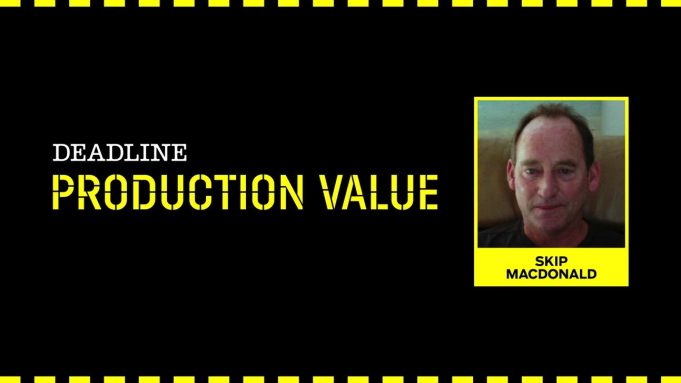 A 10-time Emmy nominee, editor Skip Macdonald has been on a wild ride over the past 12 years, playing an integral role in shaping the universe of one of television’s most iconic dramas, as well as those of the acclaimed projects that followed it.

With Breaking Bad, Macdonald got to tell the tale of the infamous Walter White, the Albuquerque chemistry teacher, who took to life as a drug kingpin, after a devastating diagnosis. With spin-off Better Call Saul, which wrapped its fifth season in April, the story at hand was that of Jimmy McGill, the ABQ attorney who found himself on a downward spiral toward a life of crime and corruption, taking on the name of Saul Goodman.

And with the long-awaited El Camino: A Breaking Bad Movie, he got to split the difference between the two series’ timelines, following Breaking Bad’s beloved Jesse Pinkman, as he sets out on the run from his captors, the law and his past.

As Macdonald explains in the latest installment of Deadline’s Production Value video series, each of these projects has come with its distinct challenges and opportunities, as well as its own particular cinematic grammar.

“With Better Call Saul, it was getting a lot of new characters, and trying to get the audience interested in who they are, and getting to like them, or feel how they do about the characters,” the editor says. “Where Breaking Bad was a lot of handheld footage, Saul was, most of the time, pretty locked down, so that gives us a slightly different visual style.”

Then, when El Camino came around, director Vince Gilligan once again aimed to experiment with style. “Vince was trying things like, the present time was in the locked-down camera. Any time we would do a flashback, it would be more of a handheld, Breaking Bad world,” Macdonald says, “and again, it was really great being able to introduce characters that you felt like you knew from Breaking Bad, but we never really met them, or had such a little taste of them.”

Earlier this year, it was announced that Better Call Saul’s forthcoming sixth season will be its last, and without the announcement of another BB spin-off, we may never again get to return to the world of crime concocted by Gilligan and Peter Gould. After spending such a significant portion of his career with the same set of top-notch collaborators and characters, Macdonald is of course sad to see it all come to an end. “It’s going to be bittersweet. I mean, it’s going to be really sad to finish up on the show, knowing that we probably won’t go back into this world any time soon, if we ever do,” says the editor, who will contend at the Emmys this year with a nod for El Camino. “To see the Breaking Bad/Better Call Saul world go away is going to be very sad because it’s been such a great ride, and the series have been so good, and gotten such acclaim from everybody. It’s going to be sad to see it all go away.”

Getting his big break as a picture editor in 1997 with Buffy the Vampire Slayer, Macdonald came from an entertainment family, so he actually was exposed to the cutting room long before that. “My dad was a film editor, my grandfather was an electrician in the business, so I’ve kind of been around it my whole life, and I’ve always had an interest into it,” he says. “So I used to go into the cutting room with my dad when I was a kid, and saw what he did, and would play around a little bit. He showed me a few things, here and there.”

Like his father, Neil, Skip finds editing to be endlessly enjoyable, given the fact that there’s always interesting, new work to be done. “I love being able to put the pieces together, and manipulate the pieces, to make something come alive, and see people’s reactions to what I’ve done. And it’s not just me, but I mean, that’s what I love about it, being able to get something put together and mold it into a way that tells such a good story, and to see how people respond to it,” he says. “That keeps me going and going, because it’s really so much fun. Collaborating with the people that I do and working on these projects is so much fun, but the best part is being able to put it together and get people excited about things.”

For more from our conversation with Macdonald, click on the video above.