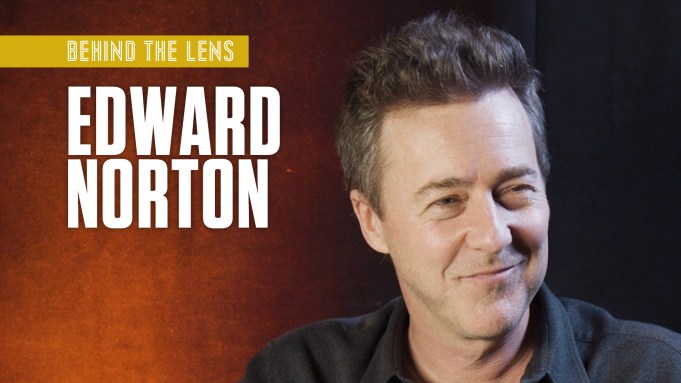 It has been 20 years since Edward Norton last directed a movie, and that was the comedy Keeping The Faith. It has also been 20 years since Norton discovered Jonathan Lethem’s novel Motherless Brooklyn and has had it in his head ever since, with the idea that someday it would make a great film.

That day is here now, and Norton has not only directed, produced and stars in it, he also has his first on-screen credit as a screenwriter with the adaptation of the book that he changed quite a bit (with the author’s permission), moving the contemporary 1999 time period of the novel to a more appropriate setting for the kind of gumshoe detective noirish drama it is to the mid-’50s.

As he told me when he came to our Deadline studios to tape this week’s edition of my video series Behind the Lens, as a writer it made his work much harder as a producer and director, but he had a certain vision in mind for the movie and on a limited budget gives great credit to his cinematographer, production designer, visual effects team, costume designer, and composer for helping to pull it all off. He also talks about getting Bruce Willis and an all-star cast to work for far less than what they normally make — in essence financing the movie they are in instead of the other way around.