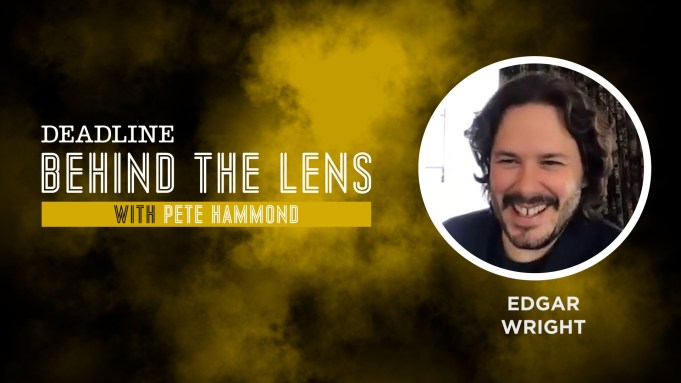 Edgar Wright has carved out his own identifiable place in cinema as he is well known for smash cult hits like Shaun of The Dead, Hot Fuzz, The World’s End, Scott Pilgrim vs the World and Baby Driver. All of these play with genre in some unexpected ways from zombies to horror to cop movies to aliens to crime, and all are distinguished by wild plot twists and great soundtracks.

This year just doing one movie wasn’t enough, so we have two from Wright — two very different films marked by the versatile filmmaker’s unique stamp.  I happen to think Last Night In Soho, a nostalgic trip back into swinging ’60’ Mod London mixed with a ghostly slasher detour, is perhaps his best yet, and on top of all that it has a killer score and great cast including a surprising lead performance from Thomasin McKenzie as well as Anya Taylor-Joy, plus great use of veteran stars of the 60s British cinema scene including Rita Tushingham, Terrence Stamp and a wonderful final turn from the late, great Diana Rigg. If that wasn’t enough we also got to see Wright’s first foray into feature documentaries with an eye-opening dive into the quirky world of The Sparks Brothers, the story of the Mael siblings who have forged their own unusual and distinctive musical career for half a century.

Wright joins me on this Christmas Eve edition of my Deadline video series Behind the Lens to talk about what makes him tick and why you can always count on something special from him.

To watch our conversation, click on the video above. And join me every Friday during Oscar season for more episodes of Behind the Lens.