Continue to Deadline SKIP AD
You will be redirected back to your article in seconds
Skip to main content
September 19, 2020 6:43pm
2Comments 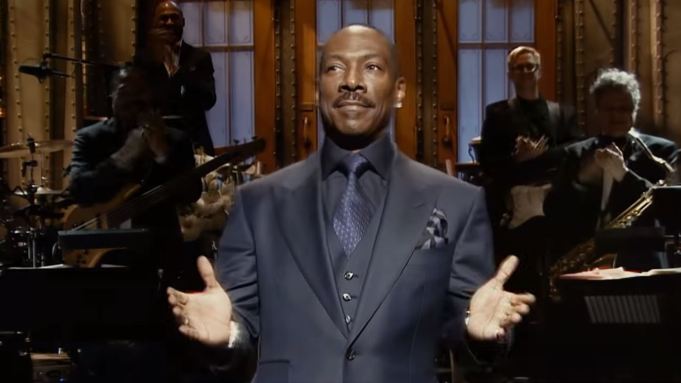 Eddie Murphy was planning a return to stand-up comedy this year, but then the pandemic happened.

“We were planning before the pandemic hit, this year we’d be working on doing stand-up and getting stuff together, but all this happened,” said Murphy from his home tonight, appearing in the Creative Emmys virtual backstage following his Guest Actor Comedy Series win, his first Emmy, for SNL.

However, the timing and his wait to return to the mic down the road, will work out just fine for Murphy.

“These are really serious times, no times for joking,” said Murphy fielding a question about the importance of comedic commentary today.

“I don’t know right now if there should be any comedic commentary. We’re still right in the middle of everything,” said Murphy without specifying all that’s going on right now between the coronavirus, the election and #BlackLivesMatter.

“In a year or so, we’ll be need comedic commentary and some laughs, but now we’re right in this,” added Murphy.

Murphy even pointed to his peer, Dave Chappelle, and his Emmy-winning Sticks & Stones as being more grave than funny: “There was very little joking. He was doing stand-up, but it was, like, serious.”

In regards to when Murphy will next pick up the mic: “As soon as it’s clear to go back out there, that was the plan, that is the plan.”

Reflecting on his return to SNL last December, Murphy said, “It was 36 years to the day since I was on the show. It’s where I got my start, and to go back and have it turn out the way it turned out, and this (win) on top of it, this is just really special.”