Gal Gadot To Star In 'Heart Of Stone,' Skydance Media's Original Spy Franchise In Mold Of 'Mission: Impossible' and 007
Read the full story
September 6, 2019 9:00am
9Comments 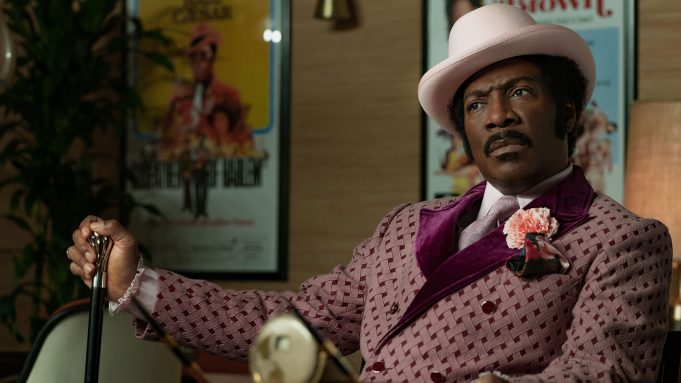 EXCLUSIVE: One of the most awaited world premieres at this year’s Toronto Film Festival is Eddie Murphy’s Dolemite Is My Name, a longtime passion project of his about the late comedian Rudy Ray Moore, who created an alter ego by the name of Dolemite and gained cult status as a kung fu-fighting action star. A standup comedian and perhaps the first to incorporate rap in his act, Moore became a surprising star and significant influence during the blaxploitation explosion in the 1970s.

Bringing back to life a figure who was idolized by a younger generation of black comics, Murphy plays a real person for the first time. Having seen the movie, I can say he nails it: This is a full-blown return to the kind of screen charisma that made Murphy a superstar. The film was directed by Craig Brewer (Hustle & Flow) and written by Scott Alexander and Larry Karaszewski, the screenwriting team with a penchant for offbeat movie biopics like Ed Wood, Man In the Moon and The People Vs. Larry Flynt among other big-screen outings.

So who was Rudy Ray Moore? Take a look at this exclusive featurette and you will get an idea, and learn why Dolemite Is My Name is a must-see. The only one of Netflix’s many awards contenders to make its world premiere at TIFF, Dolemite Is My Name bows here Saturday.  The comedy opens in theaters on October 4, and starts streaming on Netflix on October 25.