'Supernatural' Prequel 'The Winchesters' In Works At the CW From Jensen & Danneel Ackles
Read the full story
June 9, 2021 9:15am 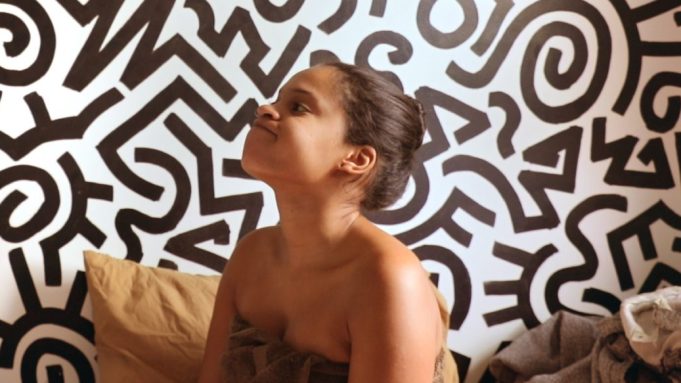 EXCLUSIVE: Deadline has your first look at as of yet and 7 Days, two Covid-themed comedic features produced by Duplass Brothers Productions, which will soon premiere at the Tribeca Film Festival.

Marking the feature directorial debut of Chanel James and Taylor Garron, As of Yet centers on Naomi (Garron), who navigates a problematic roommate and a burgeoning romance, all while locked down during the coronavirus pandemic.

Eva Victor, Amir Khan, Quinta Brunson, Ayo Edebiri also star in the film, the story of which is told entirely through video calls and digital diaries. The other producers on the project are Garron and Ashley Edouard.

7 Days centers on Ravi (Karan Soni) and Rita (Geraldine Viswanathan), two Indian-Americans who are set up on a pre-arranged date by their old-fashioned parents. Wile the pair initially seem to have nothing in common, they develop a relationship as the Covid-19 pandemic breaks out, and they are forced to shelter in place together.

Ahead of the films’ premieres in Tribeca, producer Mark Duplass shared a statement with Deadline about what each project means to him. “Making these two films last year was like a life raft for me,” he said. “My early creative zoom sessions with Taylor Garron, discovering what an endless lightning bolt of talent she is, helping her and Chanel James cobble together a film with limited resources that would eventually become AS OF YET. It still gives me chills.

“When I watch this film,” Duplass continues, “all I can think is how others will watch it 10 years from now and see the seeds of the mega-star Taylor is about to become.”

For the producer, 7 Days represents “the peak” of a long creative journey with Soni.

“When he and Roshan Sethi brought us this project, I remembered being with Karan on one of his first acting jobs on SAFETY NOT GUARANTEED, and then being with him on his first directing job on ROOM 104,” Duplass said, “and now he was allowing me to share in this hilarious, unique, heartfelt story that I couldn’t possibly have come up with on my own. I know it was a sh*t year, but these films really buoyed me.”

7 Days premieres at the Tribeca Film Festival on June 10; as of yet debuts the following day.

The first clip from as of yet can be found above. A second clip, from 7 Days, can be viewed below.