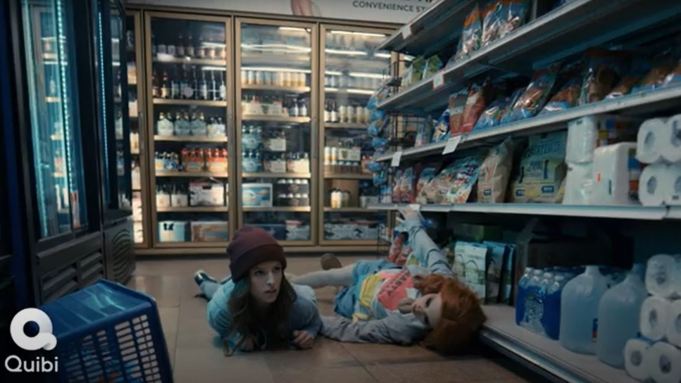 Plenty of folks would freak out upon discovering that their partner has a sex doll. Anna Kendrick rolls with it — and ends up rolling with it. Confused? You won’t be after watching the first trailer for Dummy, a Quibi comedy that launches next week.

There’s a bit to unpack here. Kendrick’s Cody is an aspiring-but-blocked writer who happens upon her boyfriend’s (Donal Logue) bed buddy. Things take a turn for the madcap when the latex Barbara  starts talking to her. Among its/her pearls of wisdom (voiced by Meredith Hagner): “I got news for you, babe — we’re all sex dolls until we topple the patriarchy.”

Breakdown-verging Cody is urged by her therapist to “embrace” Barbara, and the odd couple soon is off on a road trip.

The series hails from indie studio wiip and Deadbeat creator and Wilfred alum Cody Heller, who was inspired by her relationship with fiancé Dan Harmon of Rick & Morty and Community fame. Let’s see if this project spikes their dinner-party invites when all this social-distancing stuff is in the rearview.