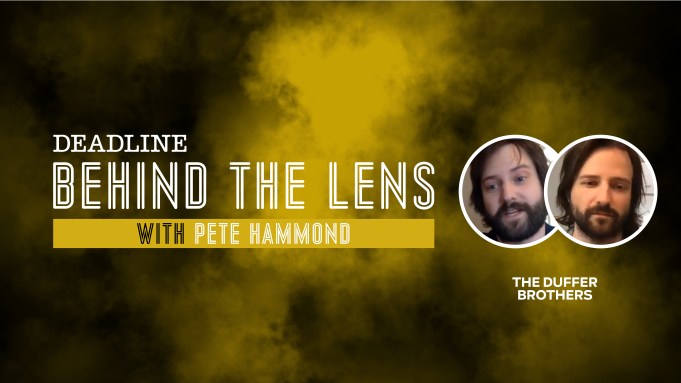 The Duffer Brothers, Matt and Ross, creators and showrunners of one of Netflix’s hottest shows Stranger Things don’t sit down for a whole lot of in depth interviews but this week they joined me for my Deadline video series, Behind The Lens. We talk about so much we are presenting two versions of our conversation with the edited edition at the link above  and the entire uncut version at the link below.  A lot is covered including how they approach each season of the series, the pressure to top themselves each time out, why season three was set in the summer, the fact that they do already know how the show is going to end even if they aren’t sure when that will be  , the satisfaction they have working with Netflix, and so much more.  We also talk about their surprise at the Emmy success of the show since genre series like this one don’t often get the love from the Academy, plus the movies that inspired them as kids, how they watched so much of what they love on VHS, the importance of the theatrical experience surviving, and how they are dealing with a world and industry where everything is changing so fast.  I highly recommend listening to the whole thing below.  We had a lot of fun.  Check it out above for edited and below for complete.