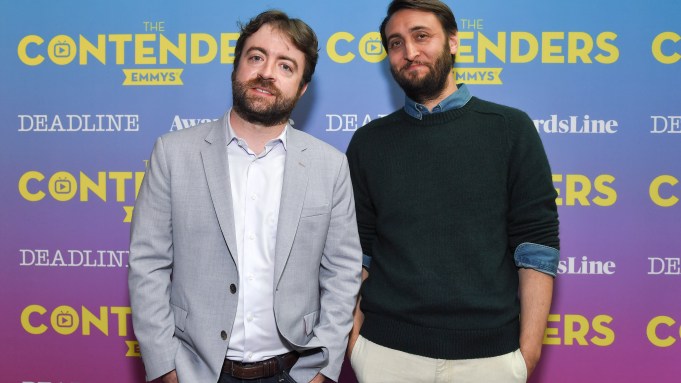 Going strong in its fifth season, Comedy Central’s Drunk History has always been remarkable for the pedigree of talent it attracts. Presenting re-enactments of historical events with the help of inebriated narrators, the series’ most recent season drew the likes of Tiffany Haddish, Evan Rachel Wood, Alexander Skarsgård and Mandy Moore to its playground.

Created by Derek Waters and Jeremy Konner, the out-of-the-box series has never wavered in its star power—though there is at least one dream guest the show has yet to secure.

“I think every show tries for the king, and that’s Bill Murray — we’ve got to keep making the show until we get Bill Murray,” Waters said at Deadline’s The Contenders Emmys event. “Every get’s hard because the whole story is shot in one day, and it’s a very low-budget show. So all these people—and I say this without patting myself on the back—they’re only there for the project, not there for the money.”

In putting together Season 5, which paid tribute to everyone from Margaret Sanger to Fred Rogers, the Drunk History creators were most surprised to learn the story of The Section 504 sit-in, “this incredible protest that lasted 26 days.”

“[It] was this disability rights protest that led to the ADA [Americans with Disabilities Act]. It was like Woodstock in the Federal Building, with 150 disabled people and their allies,” Konner said. “It really changed the world, and I don’t think anyone has ever heard this story before.”

For Waters, despite the shenanigans on display in Drunk History, the series remains all about the history at its heart. “Every story we take seriously, but that was a specific one that we had to do,” Waters said of the Section 504 episode, titled “Civil Rights.” “You were like, ‘Man, this is really the coolest job ever, that we get to do this.’ “