Continue to Deadline SKIP AD
You will be redirected back to your article in seconds
Skip to main content
August 21, 2020 4:59pm
9Comments 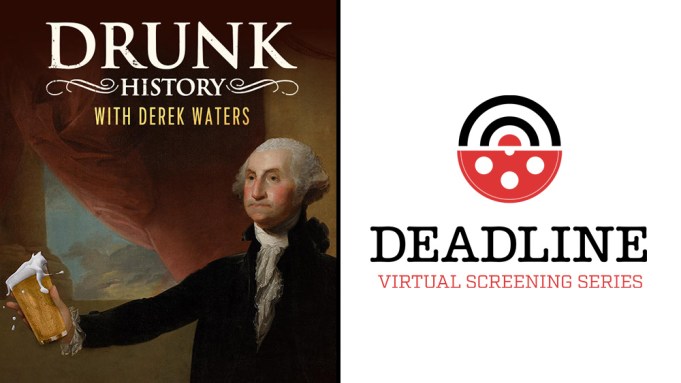 On Wednesday night, it was revealed exclusively during Deadline’s Emmy virtual screening for the Comedy Central series that it wasn’t proceeding with a planned Season 7. However, despite that stoppage, Waters told us “maybe Drunk History will go somewhere else.”

“It’s an unfortunate reality that there won’t be another season,” he said. “We were halfway through Season 7 and we abruptly stopped for obvious reasons of COVID, and unfortunately we’re told we’re not coming back.”

Waters was in pre-production on the series’ live-action scenes, with many narrator interviews already in the can.

The cancellation of Drunk History comes at a time when Comedy Central is changing up its programming strategy, prioritizing animation series on its schedule over live-action. Awkwafina Is Nora From Queens is one of the remaining live-action shows along with Corporate, which began airing its third and final season in July.

Waters still has an overall deal with Comedy Central, under which he said, “I’m writing a new show.”

“We’re also very excited to have done what we’ve done and thankful for the time that we had at Comedy Central; it’s unfortunate, but onward and upwards,” said Waters about the series that has guest-starred a laundry list of stars including Winona Ryder, Tiffany Haddish, Seth Rogen, Will Ferrell, Matt Walsh, Lin-Manuel Miranda, Tessa Thompson, Evan Rachel Wood, Tony Hale, Aubrey Plaza, Colin Hanks, Bob Odenkirk, Josh Hartnett and many more.

Each episode of Drunk History delivers a King’s Speech-like production and costume sensibility as it regales obscure historical tales about such figures as Alexander Hamilton, Elvis Presley, Eartha Kitt, Eleanor Roosevelt, Mary Dyer, Mary Shelley, Gloria Steinem etc., but through the eyes of a drunk narrator. The series also was a launchpad for rising comedic talent who got the chance to play those inebriated narrators, i.e. Rich Fulcher, Jackie Johnson, Lyric Lewis, Mark Gagliardi, Allan McLeod, and Mano Agapian to name a few.

Drunk History is going out on a high note this Emmy season with three nominations, for Outstanding Variety Sketch Series; Outstanding Production Design in a Variety, Reality or Competition series; and Outstanding Costume Design in a Variety, Reality or Competition series. The series has racked up 17 nominations during its six-season run, winning for Christina Mongini’s costumes (variety program or special) in 2015. Mongini counts her second Emmy nom this season, while production designer Monica Sotto scored her second as well. Both were on hand with Waters and Konner during Deadline’s virtual Q&A to expound on how they pulled together ancient Egypt and early 20th century New York in modern Southern California in a record amount of time for the Emmy-submitted episode “Bad Blood,” the Season 6 finale of Drunk History.

Directed by Konner — who exec produces the show with creator Waters, Will Ferrell and Adam McKay — “Bad Blood” tells the story of Cleopatra (Plaza) being thrown off the throne by her adolescent sister Arsinoe (Olivia Trujillo) as Julius Caesar (David Wain) is coming to Alexandria, Egypt. The finale also told the story of Typhoid Mary (Sodaro), who was the first asymptomatic patient — an episode that ironically aired a year ago, several months before the coronavirus pandemic hit.