Contenders Documentary: ‘Hallelujah: Leonard Cohen’ On Now; ‘Turn Every Page’ Up Next - Watch The Livestream
Read the full story
July 30, 2020 11:41am 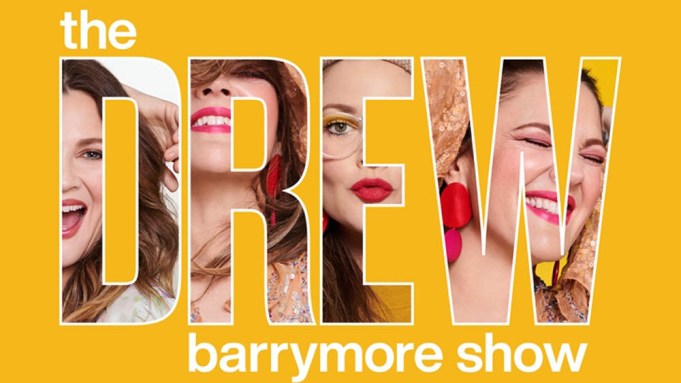 The promo for Drew Barrymore’s new syndicated daytime talk show has viewers seeing double. In the newly released teaser for The Drew Barrymore Show, the actress sits down with a younger version of herself in a late-night show setup.

The promo takes footage from Barrymore’s 1982 appearance on The Tonight Show with Johnny Carson and splices it with new video. The current day Barrymore, sitting behind a late-night desk, chats with younger self about her two kids. The clip ends with the versions of the actress screaming out of excitement for the new one-hour show.

“I’ve been waiting all my life to meet you,” the younger Barrymore tells the current one over a laugh track.

Rollout of the new show comes with the release slate of new titles by the Never Been Kissed actress including  the behind-the-scenes docuseries The Making Of The Drew Barrymore Show and The Art of the Interview, where she speaks with talk show hosts Gayle King, Andy Cohen, Jimmy Fallon, Whoop Goldberg and Hot Ones host Sean Evans. The slate of new content from Barrymore also includes Drew’s Cookbook Club and Drew’s Movie Nite.