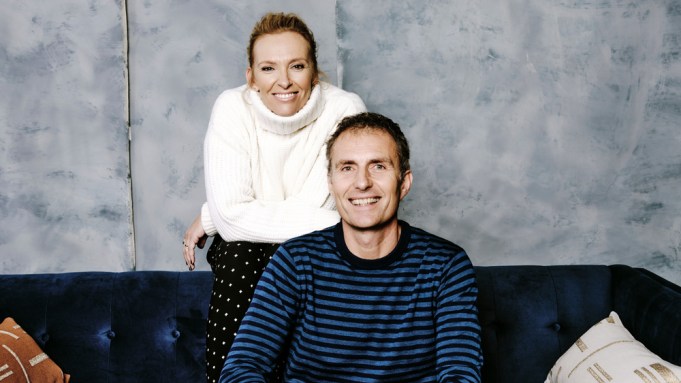 Euros Lyn’s Sundance film Dream Horse starring Toni Collette is a story that the filmmaker was very familiar with before he even started filming. It was also the subject of the 2015 Sundance feature Dark Horse which won the World Cinema Documentary Audience Award.

“In Wales, it was all over the news,” said Lyn, who was joined by Collette in the Deadline Studio at Sundance. “Everyone was talking about it — an amazing horse that has been brought up in an allotment — a backyard — that becomes a champion racehorse.”

The Bleecker Street film, focuses on Jan (Collette), a cleaner and bartender, who decides to breed a racehorse in her Welsh village. As the horse rises through the ranks, Jan and the townspeople are pitted against the racing elite in a race for the national championship. It’s very much an underdog story — and everyone loves an underdog story.

“Seeing someone achieve what seems to be an impossible dream is really empowering for everybody,” said Collette. “She had no idea how it was like to breed a racehorse. She educated herself. She managed to get her whole village involved.”

She added, “She was searching for meaning and passion in her life and she created it for herself because she needed it in that point in her life. Not only did it change her life; the whole community was uplifted — it’s a pure story of hope.”