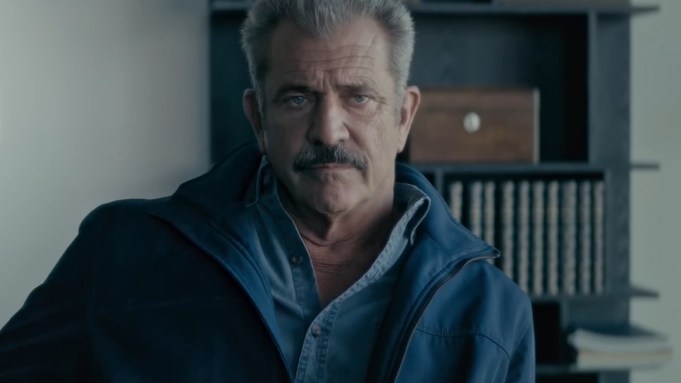 I have been watching closely the career of writer-director S. Craig Zahler, who tackles different genres with a style and ferocity not often seen these days. He did that to the western format in the cult hit Bone Tomahawk and followed up with an equally brutal peek into the prison system in Brawl in Cell Block 99. Now he takes on the crime format with a fervor that few filmmakers seem willing to try anymore.

Zahler also takes risks in these action formats by putting the brakes on the obligatory relentlessly paced playbook most of them follow, focusing instead on character relationships and development while taking his time to put all the pieces of his story together. That certainly is the case with Dragged Across Concrete, a two-hour, 38-minute violent but pulsating crime drama starring Mel Gibson and Vince Vaughn as suspended detectives dipping dangerously into the other side of the law and giving two of the best performances of their careers.

Far from the cop of his Lethal Weapon days, Gibson plays Brett Ridgeman, a grizzled veteran of the force now teamed with a much younger partner, Anthony Lurasetti (Vaughn), with both suspended for several weeks without pay after video of an overzealous encounter with a suspect goes viral and becomes media fodder. This sends Ridgeman a bit over the edge as he is trying valiantly to also deal with his family including a daughter being bullied at school and a wife (Laurie Holden) with MS and limited capacity. He convinces his reluctant partner to join him in a scheme to basically rob a robber, drifting into the netherworld of small-time crime with the idea that stealing from a bad guy is the answer to his problems. But unfortunately they pick the wrong target and get far more than they bargained for as their little crime intersects with a big bank job headed by Lorentz Vogelmann (Thomas Kretschmann), a vicious villain  who is about as sick as they come. Among his co-horts are Henry (Tory Kittles) and Biscuit (Michael Jai White), two black men who forced to drive the getaway van and disguise themselves as white.

The venture into a dark criminal underworld by these two cops looking for a payout they can’t get on their own job takes on lots of twists and turns along the way, but Zahler lets his script and the action breathe in generous ways you don’t often see in the genre. Each character beginning with Henry and his personal life is fully defined in long scenes establishing multiple storylines. Zahler, in fact, isn’t afraid to slow down the trajectory of the film at any given point in order to focus suddenly on a completely new character,. This happens midway through the film when we meet Kelly Summer (an excellent Jennifer Carpenter), a young mother who finds it impossible to leave her newborn baby with her husband on the day she must report back to her bank job after a three-month maternity leave.

How seemingly disconnected scenes like this figure in the bigger picture of Dragged Across Concrete is skillfully handled by Zahler, who might be closest in style to John Boorman or Michael Mann, especially the Boorman of Point Blank (remade by Gibson at one time) and the Mann of the Robert De Niro/Al Pacino classic Heat. Suffice it to say that by the time of the ultimate confrontation, we know all of these people very well and are completely invested in their lives and how fate has brought them all together. I couldn’t turn away.

It is easy to see why Gibson was attracted to this role. The film has all the vividly brutal hallmarks of past Gibson projects, both in front and behind the camera, and the Ridgeman character is a perfect fit: a lived-in cop now at the end of his rope. He’s sensational, and once again we see the acting magnetism of this star whose personal life got in the way for a while, but he’s certainly back where he belongs. Vaughn, who co-starred for Gibson in his 2016 war drama Hacksaw Ridge, also has a perfectly tailored role to follow up the star turn he did for Zahler in 2017’s Brawl in Cell Block 99 (which also starred Carpenter). He plays a guy hoping to propose marriage start a family but also willing to be lured into something he knows might lead to no good. The chemistry between these two fine stars is palpable.

Kittles has the other major role and brilliantly holds his own with these two guys in an ever-shifting landscape. Don Johnson turns up for one protracted, very well-written scene as the police lieutenant who hands his former partner Ridgeman the devastating suspension, noting the reality in current times where the “digital” eye is everywhere. This is a film in which even the smallest roles have meaning, and for that Zahler (who also wrote some of the songs used on the soundtrack) deserves a lot of credit. Keith Kjarval, Sefton Fincham, Jack Heller, Tyler Jackson, and Dallas Sonnier produced. The film had its world premiere at the Venice Film Festival in September and will be released by Lionsgate/ Summit on Friday in select theatres and VOD. If you ask me, a wider more traditional kind of release would be better. It is violent and tough to watch at times but never less than compelling. Watch my video review with scenes from the film by clicking the link above.

Do you plan to see Dragged Across Concrete? Let us know what you think.