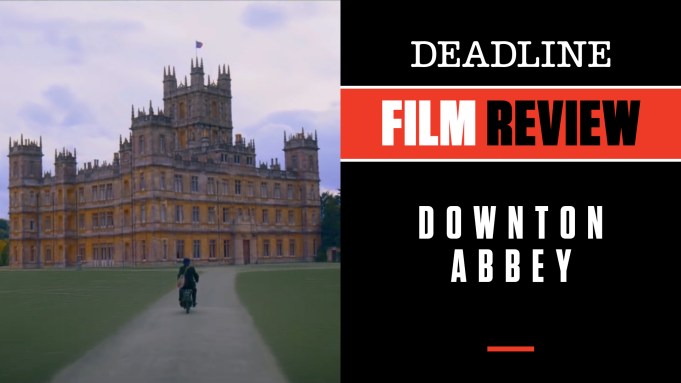 After a summer full of comic book superhero movies, dumb comedies and action flicks, silly time is over and it is time for adults to return to the theaters. And that they no doubt will do this weekend for Downton Abbey, the big-screen version of the smash British TV series that ran six seasons from 2010-15. Like so many other movies that gain hit status, it is based on a known property, but this one is aimed at older women who ought to come out in droves.

With Julian Fellowes back in the harness as screenwriter for this film version of his TV creation, the dialogue snaps, crackles and pops with biting wit and a real sense of time and place. American director Michael Engler gets his full Brit on by expertly steering the story without letting any temptation to stylize it for the silver screen get in the way. This is Downton as the fans would like to see it, but one so smartly reinvigorated for its trip to theaters that, even if you aren’t a devotee, you have to sit back and admire this confection for all its worth.

At the heart of it all is the brilliant cast, one that deservedly took several SAG Awards for Outstanding Cast, and they are all back without missing a beat. Actually there are scores of characters to keep track of, but with six seasons behind them it is really like throwing a dinner party and inviting a lot of old friends we are so happy to see again. Back are Lady Mary (Michelle Dockery), still concerned about Downton Abbey‘s place in an ever-changing Britain; Tom Branson (Allen Leech), the estate manager and Irish socialist who gets a large storyline and budding romance; Carson (Jim Carter), who comes out of retirement — thank God — for this special occasion. On and on it goes, with Robert James Collier reprising his role as Thomas Barron and his complicated relationships, Elizabeth McGovern returning as Cora, Hugh Bonneville as Robert Crawley and more for the upstairs cast including a very fine Penelope Wilton as Isobel Merton.

Of course it wouldn’t be Downton without Maggie Smith, and her Violet is better than ever, this time competing with Lady Maud Bagshaw (Imelda Staunton), a baroness whose father was the great uncle to Robert Crawley and who is causing consternation by threatening to leave the Gransby Estate, once owned by the Crawleys, to her servant Lucy Smith (Tuppence Middleton).

The various plotlines go on and on, but the major thread for this outing is the impending arrival of the royals, as King George V (Simon Jones) and Queen Mary (Geraldine James) announce their unexpected visit to Downton Abbey to dine, and they plan to bring their own staff with them. This sets up the most amusing part of the film, as the downstairs staff is in a tizzy about that and must figure out how to take control. Standing out among them again are Lesley Nicol as Mrs. Patmore and Joanne Froggatt as Mrs. Bates, but they are all delights. It’s choice stuff.

This Downton Abbey is a must for fans, and maybe can create some new ones as well. Producers are Fellowes, Gareth Neame, and Liz Trubridge. Focus Features released it today. Check out my video review with scenes from the film at the link above.

Do you plan to see Downton Abbey? Let us know what you think.