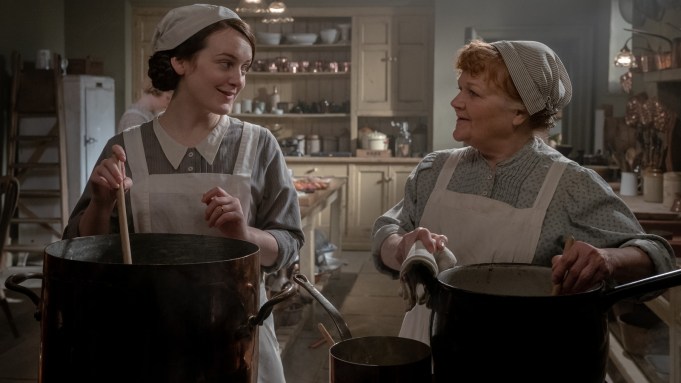 “The British are coming” warns Charles Carson as the Downton Abbey fraternity head to the south of France in this sequel to 2019’s feature film spin-off from the hit period TV series.

Directed by Simon Curtis, Downton Abbey: A New Era sees the regular cast returning alongside newcomers Hugh Dancy, Laura Haddock, Nathalie Baye and Dominic West. The film follows Maggie Smith’s Violet Crawley as she reveals that she has a mysterious past and has inherited a ‘villa’ (or sizeable mansion depending on your definition) on the French Riviera.