Continue to Deadline SKIP AD
You will be redirected back to your article in seconds
Skip to main content
July 13, 2021 6:53am 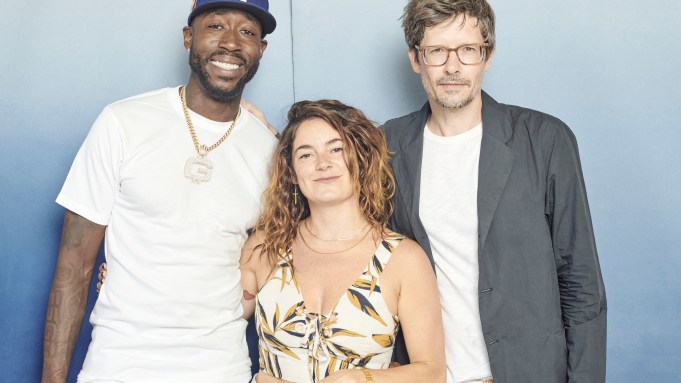 In Diego Ongaro’s Down With the King, rapper Freddie Gibbs plays Mercury Maxwell—a rapper who’s lost his taste for the game and has decamped from New York to The Berkshires. While Mercury considers quitting music to become a farmer, despite his despairing manager (David Krumholtz), he connects with a local woman, Michaele (Jamie Neumann).

During a visit to Deadline’s Cannes Studio, Ongaro explained he had been inspired by reading an interview with a young French rapper. “He was very successful, and there was a lot of expectation on his second album… he was genuinely talking about his feelings in the interview, which is something that’s pretty rare in the rap game… there was something really interesting to me which stayed in my head.”

After finishing his first feature film, Bob and the Trees, about a logger in Western Massachusetts—where Ongaro lives—he decided to set this latest story there too. “I started thinking about a rapper who’s later in his career, that’s just having a crisis that’s just really tired of the game… and then joining together these two worlds that don’t belong together, the rap world and the farm world.”

Gibbs added, “Being in the rap game and having that experience that can definitely be tiring. I can’t say I was in the same mental space as Mercury was in the movie, but I had to get there to play the role.”

As this was his first ever acting role, Gibbs credits Ongaro with supporting him entirely. “That’s all a tribute to Diego,” he said. “He really babied me, you know. This is my first thing, so he taught me how to crawl, then walk. He made it easy for me.”

Neumann added that she appreciated the safe space created on set. “I loved the process of how it was all improvised,” she said. “I mean, it was very clear what needed to be communicated in each scene and what the story, but I loved the freedom of expressing however you think this character would express.”

For more check out the video above.