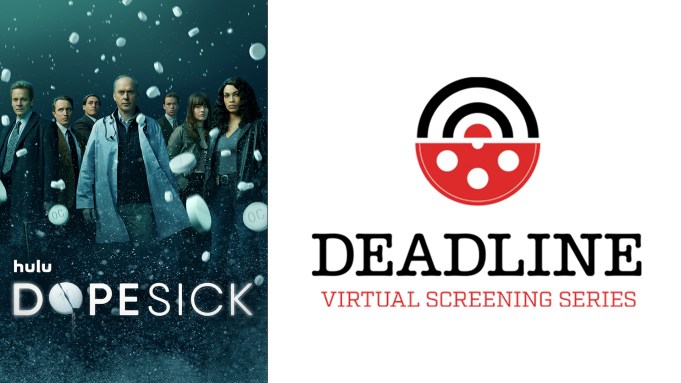 For many who tuned into Hulu’s Dopesick — the eight-part series about the country’s worst drug epidemic — it probably marked the first time they heard of the Sackler family and the role their pharmaceutical company played. It was a responsibility that both creator Danny Strong (Recount, Game Change) and the cast didn’t take lightly.

Star Michael Keaton, who plays a small-town doctor who becomes addicted to Oxycontin after prescribing it to his patients, said during a panel for Deadline’s Virtual Screening Series that everyone was mindful of keeping the preachiness in check while telling the story of the family.

“Danny and I would have these discussions. I was really wary of being not superior, but scolding. I was nervous about that from time to time,” Keaton said. “Danny and I would say, ‘Are the Sacklers doing their evil mustache-twisting thing too much? Are we the goody goody people?’ Danny said, ‘Just tell the story and trust that this won’t happen.’ “

“There’s an element of activism, for sure,” said Strong. “A huge part of my motivation was [offering] different levels of education and activism. But when you are making it, at least for me, I’ve got to stay focused on making the scenes work as best we can. That other element will take care of itself. Really, the goal is that we are making a piece of entertainment, a piece of art.”

Check out the panel conversation above that in addition to Keaton and Strong included Dever, Poulter, Stuhlbarg and Hoogenakker.