Warner Bros Discovery CEO David Zaslav On Rumored Merger Talks: "We Are Not For Sale"
Read the full story
August 9, 2021 10:00am 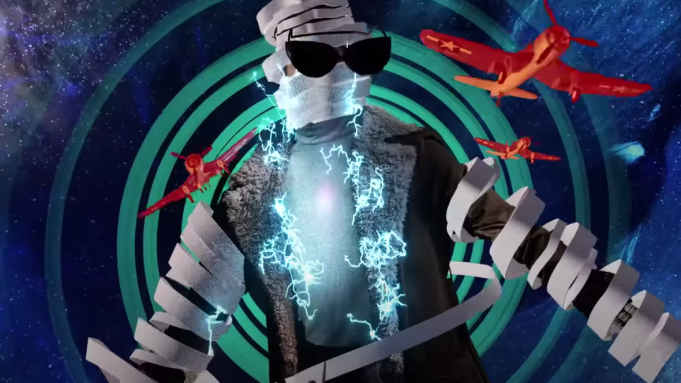 There is something weird going on in Doom Patrol Season 3.

HBO Max unveiled the first teaser for the series’ junior season, filled with trippy imagery and a seemingly endless list of questions.

“What does it all mean? Why does this crap keep happening to us?,” ask various members of the titular ragtag group.

Doom Patrol reimagines one of DC’s groups of Super Heroes: Robotman aka Cliff Steele (Brendan Fraser), Negative Man aka Larry Trainor (Matt Bomer), Elasti-Woman aka Rita Farr (April Bowlby), Crazy Jane (Diane Guerrero) and Cyborg aka Victor Stone (Joivan Wade), all led by modern-day mad scientist Niles Caulder aka The Chief (Timothy Dalton). Each member of the Doom Patrol suffered a horrible accident that gave them superhuman abilities, but also left them scarred and disfigured. Part support group, part Super Hero team, the Doom Patrol is a band of superpowered freaks who fight for a world that wants nothing to do with them.

Season Three opens on the culmination of Dorothy’s (Abi Monterey) confrontation with the Candlemaker that leads to a devastating loss. The Doom Patrol is at a difficult crossroads and each member struggles to face who they are and who they want to be. And things get a whole lot more complicated when Madame Rouge (Michelle Gomez) arrives in a time machine with a very specific mission, if only she could remember it.

HBO Max revealed that Doom Patrol will return for its newest season September 23.

The series is produced by Berlanti Productions in association with Warner Bros. Television, with Jeremy Carver, Greg Berlanti, Sarah Schechter, Chris Dingess, Geoff Johns and Tamara Becher-Wilkinson serving as executive producers. The series is based on characters created for DC by Arnold Drake, Bob Haney and Bruno Premiani.