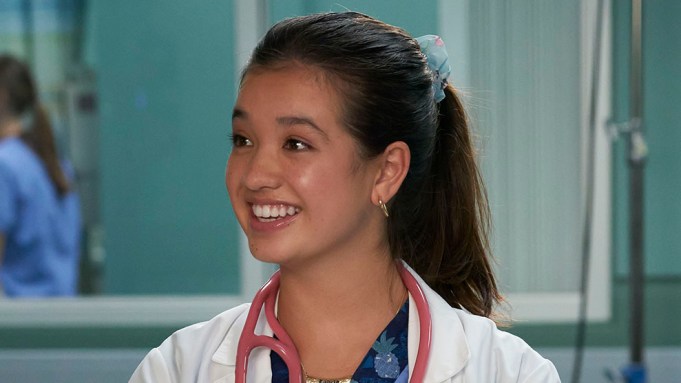 Peyton Elizabeth Lee is a “genius with a lot to learn” in the trailer for Disney+’s Doogie Kamealoha M.D.

The Disney streamer unveiled the trailer for the Doogie Howser M.D. reboot, which will premiere Sept. 8. Written by Kourtney Kang and set in modern-day Hawaii, Doogie Kameāloha, M.D. follows the adventures of the title character, a mixed-race 16-year-old girl (Lee), juggling a budding medical career and life as a teenager. Guiding Lahela (and also complicating things) is her family, including her spit-fire Irish mother who’s also her supervisor at the hospital, and her Hawaiian “Local Boy” father struggling to accept that his daughter is no longer his little girl.

The trailer immediately sees Lee’s Lahela in action as she saves an unconscious man on the beach with some quick-thinking and a hairpin. She bounces between life as her hospital’s resident “Doogie” personality, inspired by the original Neil Patrick Harris series, and as a teen experiencing her first love.

“I’m a doctor now and it’s not fair that I get all that pressure but none of the fun” Lahela says. “I just feel so ready for everything.”