Continue to Deadline SKIP AD
You will be redirected back to your article in seconds
Skip to main content
December 1, 2021 9:00am 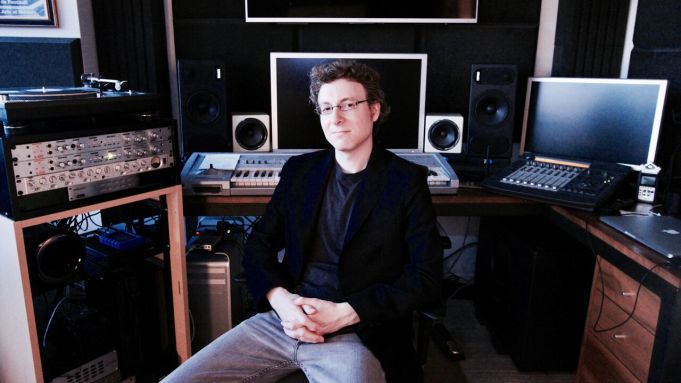 In the wake of creating a fierce, hypnotic classical sound for the media dynasty politics of HBO’s Succession, which won him a Primetime Emmy, Nicholas Britell turns the volume up to an 11 with big band jazzy score for Adam McKay’s new Netflix satire feature Don’t Look Up.

As the composer explains here, he started at a place of “logic and knowledge” with a strings and celesta tone that had stellar qualities with dark understones.

But then the high anxiety took over, meaning the hysterical chaos that Leonardo DiCaprio and Jennifer Lawrence’s astronomers encounter in trying to convince a stubborn world that a comet is heading right for there, meaning the end of the world as we know. Sound familiar? Like trying to convince those in red states that the Covid vaccine is good for them, or else.

That’s when Britell settled on a World War II big band sound “when the world at that time was in a existential civilizational — the stakes were there for good vs. evil, to the greatest extent we had had up to that point.”

McKay and Netflix loved the theme, the latter asking for more of it throughout the film. Britell recorded the theme remotely with a big band set of musicians at AR studios in London, including blaring trumpet and big saxophone.

“You don’t get the sound, until you work the sound,” says Britell about his process in the above Netflix Playlist video, “we really wanted this to be a comedic explosion that also deals with the craziness of our times.”

Britell expounds on how he used flutes, choirs and more in striking balance between the zany, and the sheer awe and intelligence of what’s out there (meaning space and society).

McKay was emphasizing “the anxiety of the movie” so much, that Britell says “I finally screamed into a microphone, and recorded my voice and put it through this weird effect, pitched it and did all these things to do it,” to achieve a truly unique vibe.

Adds the composer, “That’s actually the frequency this movie is vibrating at: High anxiety meets comedy meets what is going to happen to the world, that is that emotional cue.”

Britell also wrote and produced two songs for the film: “Just Look Up” performed by Ariana Grande and Kid Cudi which the composer co-penned with Grande, Scott Mescudi, and Taura Stinson; and “Second Nature” which he co-wrote with Justin Vernon, sung by Bon Iver.