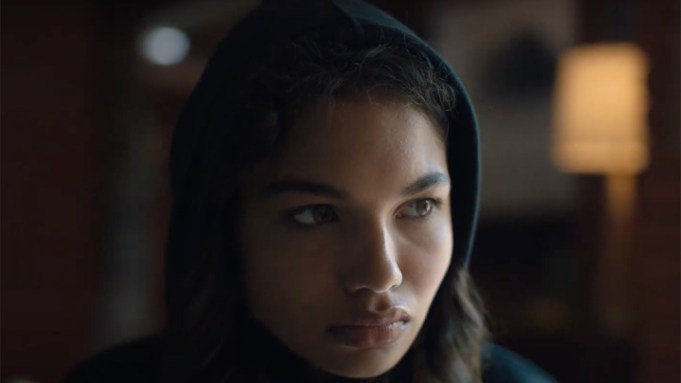 High school is a time in one’s life when they feel like they don’t fit in… but imagine finding out that you’re not human. That’s a whole new level of teen angst. This is exactly the case for the new Quibi series Don’t Look Deeper, which released the first trailer today.

Helena Howard, Don Cheadle and Emily Mortimer star in 14 episode series which launches on the short-form streaming platform July 27 with the season finale set for August 11. Catherine Hardwicke serves as director and executive producer. Set in Merced, California, “fifteen minutes into the future,” the story follows a high school senior (Howard) who can’t seem to shake the feeling that something about her just isn’t right. And that something is… she’s not human. This revelation of what she really is, where she comes from, and who has started looking for her, sets in motion a series of events that suddenly puts her entire life in jeopardy.