Continue to Deadline SKIP AD
You will be redirected back to your article in seconds
Skip to main content
June 30, 2021 9:34am 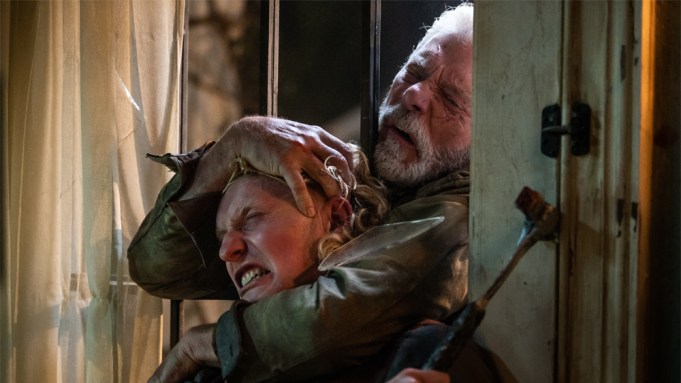 Now you’re going to see what he sees.

That’s the tagline for Don’t Breathe 2, a sequel to the 2016 horror thriller starring Stephan Lang. Watch the first trailer above.

Lang returns as Norman Nordstrom, a blind man living in quiet solace — until his past sins catch up with him. A half-decade after the home invasion portrayed in the first film, bad guys are back. This time, they’re after the young girl (Madelyn Grace) in his care.

Why? As one of the assailants (Brendan Sexton III) tells the girl, who is hiding with Nordstrom, as he stalks her: “It’s not me you need to be scared of, little girl, but the man standing next to you. Now I don’t know who he is, but I know who he’s not. Should I tell her or you?”

That doesn’t go over well with sightless man.

Alvarez also produced the film along with Sam Raimi and Rob Talpert. The pic from Sony’s Screen Gems opens August 13 exclusively in theaters.