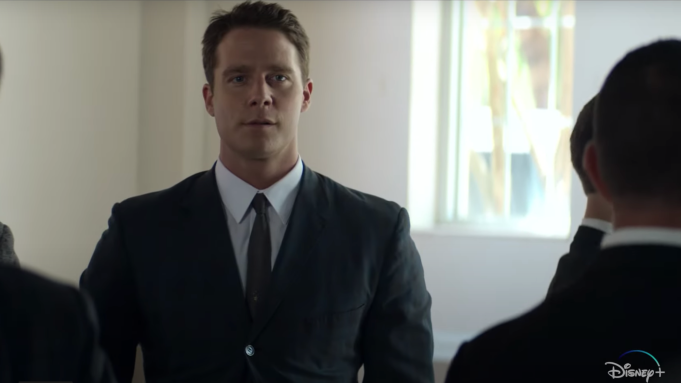 Disney+ released a sneak peek from the service’s first scripted series from National Geographic as part of Comic-Con@Home on Saturday.

Adapted from Tom Wolfe’s bestselling nonfiction account of the early days of the U.S. space program, The Right Stuff tells the story of America’s first astronauts, the Mercury Seven.

The first season of the show will use the book as its starting point and will feature a mission each season. Season one takes place at the height of the Cold War in 1958, when the Soviets are dominating the space race.

The clip focuses on Alan Shepherd, the astronaut who eventually became the first American to travel into space and one of the few to walk on the moon. In the footage, Shepherd (Jake McDorman) tries to keep his space career from ending before it even starts as he arrives late to the very first meeting among the potential astronauts.

Wolfe’s book is hallowed ground, not just because of the Mercury Program’s historical import, but also because it won a National Book Award and director Philip Kaufman’s 1983 big-screen adaptation won four Oscars.

The Right Stuff premieres this fall and is produced by Leonardo DiCaprio’s Appian Way and Warner Horizon Scripted Television.