Continue to Deadline SKIP AD
You will be redirected back to your article in seconds
Skip to main content
January 1, 2020 3:30pm
4Comments 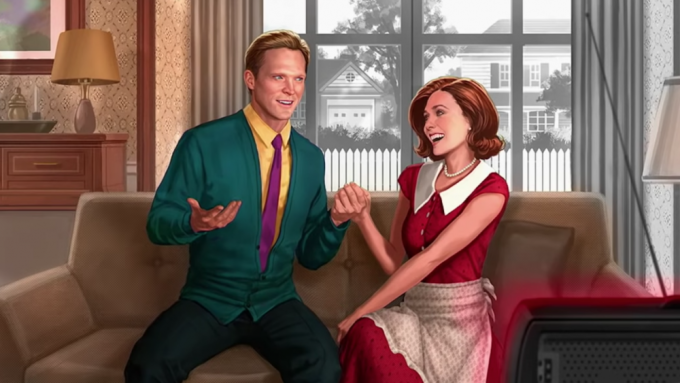 Disney+ had a successful launch in 2019 and they are building on their momentum in 2020. In a sneak peek at what’s in store for the Mouse House streaming service in the new decade, they revealed a plethora blockbusters and originals but the most noteworthy title was Marvel’s forthcoming original series WandaVision, which was originally set for a 2021 debut but it will now premiere this year alongside The Falcon and the Winter Soldier.

Last year, it was revealed that Disney+ will premiere a slate of Marvel originals that will include Ms. Marvel, She-Hulk and Moon Knight as well as the aforementioned The Falcon and the Winter Soldier and WandaVision, the latter starring Paul Bettany and Elizabeth Olsen reprising their roles as Vision and Wanda Maximoff (aka Scarlet Witch). WandaVision will also feature Kat Dennings, Randall Park and Kathryn Hahn. Details about the new series have been kept under wraps but it will be integral to the MCU and is expected to be nothing like we have seen before. Lucky for us, it will be on Disney+ a year earlier than expected. The official Disney+ Twitter account reiterated the date change for good measure.

The teaser also gave us a peek at the highly-anticipated return of Hilary Duff in the Lizzie McGuire revival. We can also expect a season two of the hit series The Mandalorian and High School Musical: The Musical: The Series. 2020 will also give us the final season of Star Wars: The Clone Wars, the Muppets unscripted series Muppets Now, original movies Timmy Failure: Mistakes Were Made, Stargirl, The Phineas & Ferb Movie: Candace Against the Universe and Secret Society of Second Born Royals as well as the docuseries Rogue Trip and Becoming.  Disney+ will also add the live-action iterations of Aladdin and The Lion King to it library as well as Toy Story 4. Watch the teaser above.