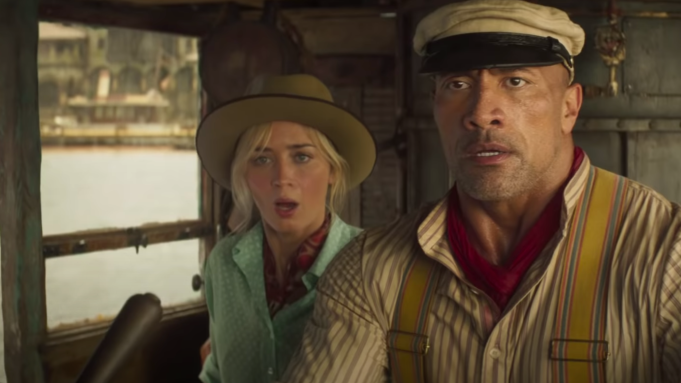 More than a year after the film’s first trailer dropped, Disney released a second preview for The Jungle Cruise, the Jaume Collet-Serra-directed film starring Dwayne Johnson and Emily Blunt, on Thursday.

The long delay is the result of repeated release date changes. What was originally an October 2019 bow became a more blockbuster-friendly July 24, 2020 debut. But then came Covid and the film finally landed in its current – and hopefully final – July 30, 2021 slot. The movie will also be available day-and-date on Disney+ Premiere Access for $29.99.

The new trailer offers a lot more onboard action than the first, as Johnson’s skipper Frank Wolff and Blunt’s intrepid researcher Dr. Lily Houghton journey downriver in search of an ancient tree with unparalleled healing abilities. The duo has a close call with a giant waterfall, a submarine — yes, a sub in a remote tropical river — and, of course, zombie conquistadores.

The vibe of the pic is a mash-up of Disney’s own Pirates of the Caribbean franchise, Indiana Jones and The African Queen – with a dash of Fitzcarraldo.

The trailer — set to the Creedence classic “Run Through the Jungle” — dropped just one day after Disneyland officials announced the reopening of the titular ride on which the movie is loosely based. The revamped Jungle Cruise will debut at the Anaheim park on June 16.

In a further example of synergy, Johnson posted a playful intro he and Blunt shot to the new footage for his 240 million Instagram followers.

Disney also dropped a new poster for the film on Thursday.