Continue to Deadline SKIP AD
You will be redirected back to your article in seconds
Skip to main content
September 22, 2020 9:10am
1Comments 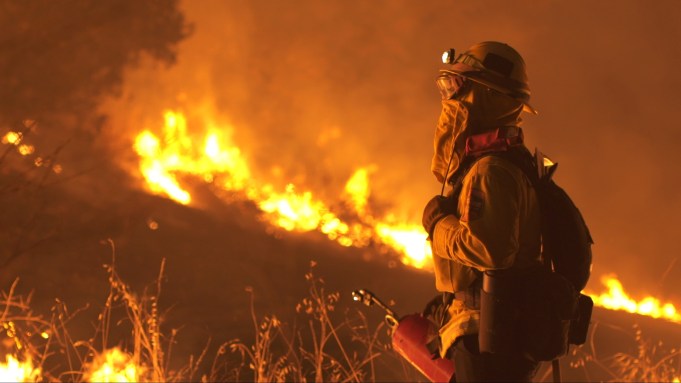 EXCLUSIVE: In a year where more than 3.5 million acres of California has been burned by wildfires, Discovery Channel goes inside the fight with those on the front lines. Its new series Cal Fire features the men and women who have been trying to save lives and property for the past three months. See an exclusive sneak peek video above.

In the series debuting later this year, multiple camera crews have been embedded with Cal Fire’s frontline firefighters across the state –- from Shasta in the north to San Diego in the south, deploying cutting-edge technology including fire-resistant helmet cameras to bring viewers an ultra-immersive perspective on the blazes.

During California’s most destructive fire season ever, Cal Fire has deployed all of its 7,000 firefighters, and the worst likely is yet to come as they prepare for the fast-approaching Santa Ana wind season in Southern California. With more than 6,000 homes destroyed and more than two dozen lives lost in 2020, Cal Fire is waging war on the catastrophic fires.

A first look at Cal Fire airs tonight at 10 p.m. The series is set to premiere in the fourth quarter on Discovery Channel.