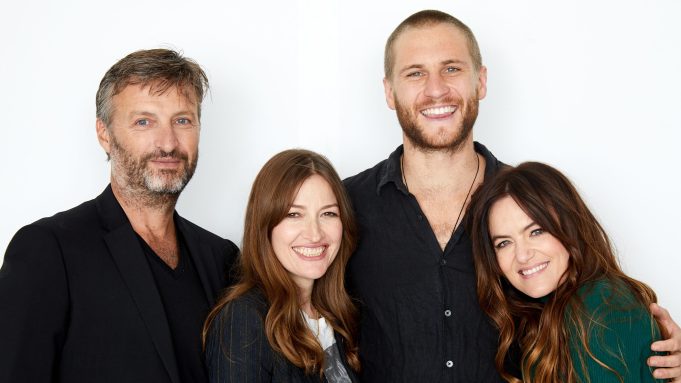 Tim Winton’s fiction has served the Australian film industry well over the past few years, notably his short stories, but Dirt Music is the first of his novels to reach the big screen. Helmed by Gregor Jordan, last feted at TIFF for 2001’s anarchic Buffalo Soldiers, it stars Garrett Hedlund in a torrid tale of love and grief.

“It’s a very unusual love story,” Jordan explained when he came to the Deadline studio. “It’s set in a very particular part of Australia. It starts in a crayfishing town, and there’s all these small-town politics, and it’s the story of this woman, Georgie Jutland [Kelly Macdonald], who’s pretty adrift and unhappy in her life and looking for some meaning and purpose. She meets this poacher [Hedlund], who’s this guy who’s had this terrible tragedy in his life, and it’s really about the love story between them. But it’s about how the town really is not too happy about them being together, because she was [in a relationship with] the big lead fisherman guy in the town.”

Kelly Macdonald, who plays Georgie, told us that she was immediately attracted to the character, despite their many differences. “I hadn’t read the novel,” she said, “but when I read Jack [Thorne]’s script, she just really came off the page for me. I just felt like I understood her in a way, even though we’re obviously from different places, and I’m not at all outdoorsy like Georgie, or a swimmer, or anything like that. I thought, ‘I’ll just pretend all that stuff when I get there!’ But the emotional aspect to her character, I felt a real connection to.”

To find out more about Dirt Music, click on the link.