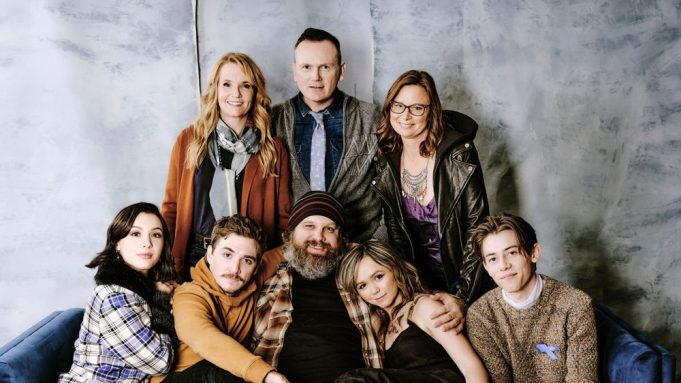 Set in the suburbs of the midwest, Dinner In America follows aggro punk rocker Simon (Kyle Gallner), who is on the run from the police. He meets the eccentric Patty (Emily Skeggs) who offers him a place to hide, not realizing he is the lead singer of her favorite band.  As a result, he ends up “hijacking” the space of her family as the pair embark on a series of misadventures.

For director and writer Adam Carter Rehmeier, the film was a fusion between two scripts he was working on. At the Deadline Studio at Sundance, Rehmeier said that he was initially working on a script about the Simon character which didn’t really go anywhere. He then started working on a story about the family in the film which also didn’t gain any traction. Eventually, he had the idea of combining them. “It was like taking two things that weren’t going anywhere and putting them together — that’s sort of how it evolved,” he said.

Rehmeier was joined in the studio by Gallner and Skeggs as well as Griffin Gluck, Pat Healy, Mary Lynn Rajskub and Lea Thompson. They talked about how they connected to the film. For Gallner, the character hit very close to home.

“I grew up a skate rat,” said Gallner. “I grew up listening to hardcore punk and it was kind of in my wheelhouse. It was a teenage dream come true. It was fun to be unapologetic and to put on a ‘fuck you’ attitude.”