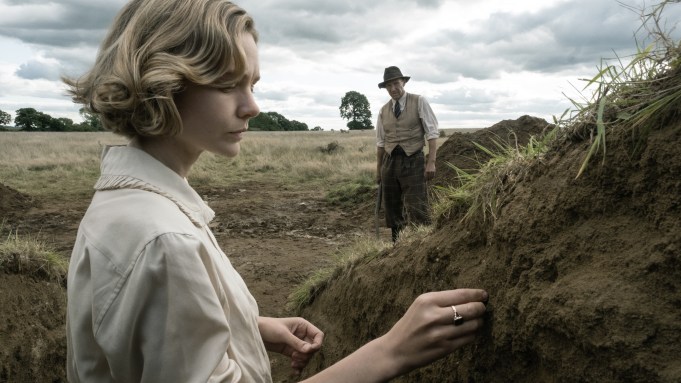 Netflix will release the Simon Stone-directed drama on January 15.

In The Dig, as WWII looms, a wealthy widow hires an amateur archaeologist to excavate the burial mounds on her estate. When they make a historic discovery, the echoes of Britain’s past resonate in the face of its uncertain future‎. Also starring are Johnny Flynn, Ben Chaplin, Ken Stott, Archie Barnes, Monica Dolan.

Screenplay comes from Moira Buffini, based on the novel by John Preston.