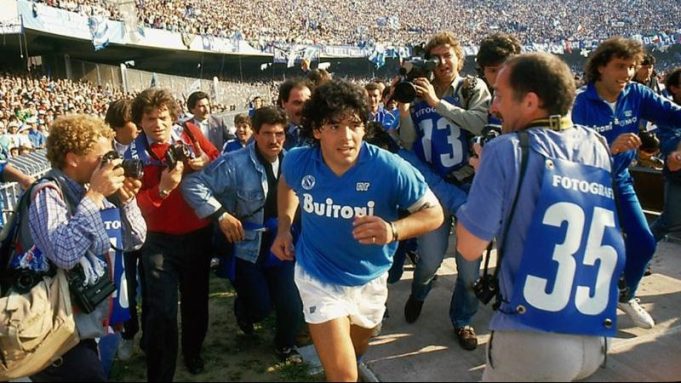 Diego Maradona, the third film from Asif Kapadia after his 2016 Oscar winner Amy and Senna, hits U.S. theaters in New York and Los Angeles on September 20 before HBO premieres it October 1. The premium network picked up the rights to the feature-length documentary about the Argentina football legend — whose on-field fireworks were matched only by his off-field ones — before it had its world premiere at Cannes.

The teaser trailer released Monday gives a taste of Kapadia’s extensive work constructing the pic from more than 500 hours of new footage from Maradona’s personal archive. Says Maradona via voice-over in the teaser: “When you’re on the pitch, life goes away. Problems go away. Everything goes away.”

The pic centers on when Maradona joined Napoli in 1984 for a record fee after his first World Cup for Argentina (he would play in four World Cups, including leading his country to the title in 1986, cementing his status as a soccer deity). From the docu’s logline: “The world’s most celebrated football icon and the most passionate but dangerous city in Europe (Naples) were a perfect match for each other. But there was a price.”

“Diego Maradona has long been considered the greatest footballer ever, and Asif Kapadia’s filmmaking perfectly captures every high and low of his transcendent career, from his controversial Hand of God goal to his awakening of Napoli, and more,” Peter Nelson, executive vice president of HBO Sports, said at the time of HBO’s pickup. “We look forward to sharing this landmark documentary with both soccer and non-soccer fans alike.”