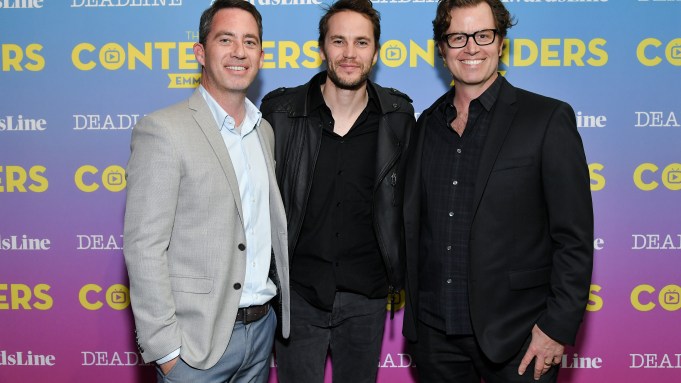 One of the more riveting miniseries epics this past Emmy season has been John Erick and Drew Dowdle’s six-parter Waco, which launched Viacom’s new adult-demo channel the Paramount Network this year.

While the early ’90s standoff between the ATF and FBI and the Branch Davidians sect consumed the headlines, years later, the Dowdles vied to shed some light on what both sides were thinking in a tragedy that took 79 lives —  22 of which were children under the age of 17. In doing so, they drew inspiration from the accounts of FBI hostage negotiator Gary Noesner and former Davidian member David Thibodeau, one of the nine survivors of the Waco firestorm.

“At the time, it was very sensationalized, what was happening with the ATF, a little bit of cover-up and the 51-day standoff and starting this relationship with a 50-minute gunfight over a $50 warrant, kind of says a lot,” he said during a panel session at Deadline’s The Contenders Emmys. “So, my approach to Dave was to kind of brush that aside as much as you can and dig deeper and asked the Dowdles for childhood tapes, and recruitment tapes and watch his sermons, and I lost 30-35 pounds to play him.”

“You do your own research and build from the ground up and understand where he came from,” Kitsch said.

“Yes, he does some pretty reprehensible stuff, but why?” adds the actor, “If you can wrap your head around a why — why does he believe this? — then we can fly. Then we can put him in any scenario and it will ground him.”

Playing against Kitsch on the opposite side of the phone is Michael Shannon as FBI guy Noesner. In addition, there’s a number of other Boardwalk Empire alums on Waco including Paul Sparks as Davidian Steve Schneider, Shea Whigham as FBI tactical lead Mitch Decker, and Glenn Fleshler as Noesner’s boss. Also showing a different facet of themselves is chameleon Andrea Riseborough,  Melissa Benoist and Rory Culkin, all whom play Davidians, with the latter making a turn as Thibodeau.