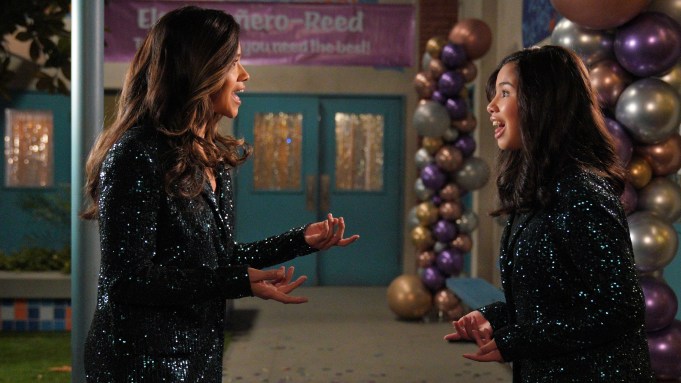 Season 2 of Disney+’s Diary of a Future President sees Cuban American Elena Cañero-Reed (Tess Romero) heading to seventh grade and getting comfortable with connecting to her future self, played by executive producer Gina Rodriguez. The first trailer above gives a look at what fans can expect when all 10 episodes are released on Aug. 18.

The coming-of-age series, loosely based on the life of creator and executive producer Ilana Peña, follows Elena’s adventures as she navigates the ups and downs of middle school on her journey to become the future president of the United States. Viewers also get an inside look at the young Miamians home life alongside her mom Gabi (Selenis Leyva), a busy attorney with a budding office romance (Michael Weaver), and her older brother Bobby (Charlie Bushnell), who is coming to terms with his sexuality.

Rodriguez appeared minimally in season 1 of Diary of a Future President.

New key art for the show’s sophomore turn is by Latinx artist Katty Huertas, a Colombian-born, Washington, D.C. resident, known for her work which explores identity and folklore.

All episodes from season 1 are available to stream now via Disney+.