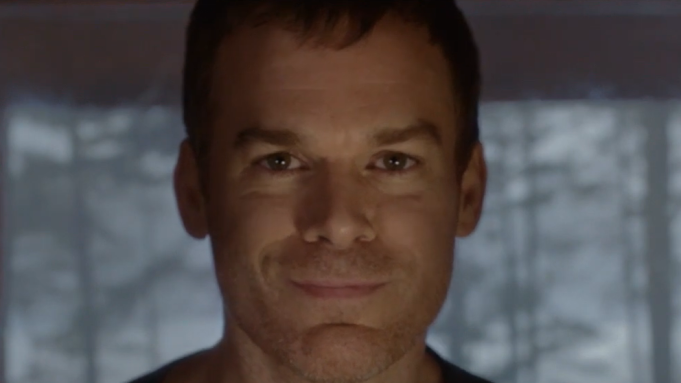 On Thursday, Showtime released a new teaser trailer for its anticipated revival of Dexter, which premieres this fall. And based on the teaser, the beloved serial killer played by Michael C. Hall will be returning to his favorite pastime.

The clip sets this up without dialogue, tracking from a woodsy, wintry, nighttime exterior through a cabin window. Off camera, a muffled voice pleads for help, and Dexter smiles to the camera, as Nina Simone’s soulful “Don’t Let Me Be Misunderstood” plays.

Created by James Manor Jr., Dexter originally ran for eight seasons, between 2006 and 2013. The acclaimed crime drama centers on Dexter Morgan, a blood-splatter analyst for the Miami Metro PD, who leads a double life as a vigilante killer, of murderers who have slipped through the cracks of the criminal justice system.

While the Golden Globe- and Emmy-winning series ended [SPOILER] controversially, with Dexter heading into the woods to live in isolation—as penance for his deeds, and their consequences—it seems his attempt at a lifestyle change didn’t take.

Clyde Phillips returns as showrunner for the 10-episode limited series revival of Dexter, with Clancy Brown and David Magidoff among those joining the cast.

Check out the teaser for Season 9 above.