Continue to Deadline SKIP AD
You will be redirected back to your article in seconds
Skip to main content
May 3, 2019 9:00am
3Comments 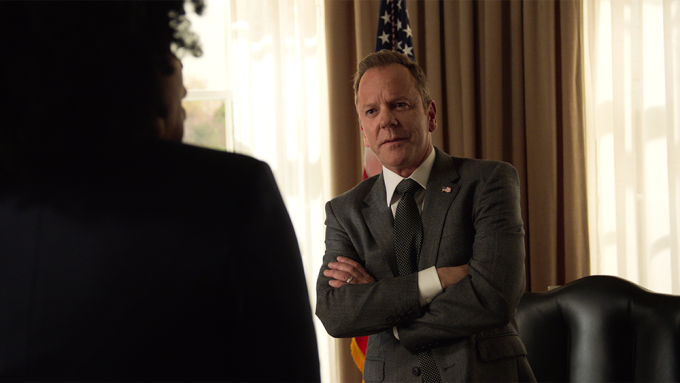 Netflix has released the Season 3 trailer for DC political thriller Designated Survivor, its first season on the internet TV network. Netflix picked up the drama series last September after its cancellation by ABC.

Kiefer Sutherland stars as a low-level cabinet member who is suddenly catapulted to the position of President of the United States after a devastating terrorist attack strikes during the State of the Union, killing all those ahead of him in the presidential succession line.

In season 3 President Kirkman (Sutherland) faces a political reality…campaigning. What does it take to make a leader? What price will he be willing to pay? This season will explore today’s world of campaigning, smear tactics, debates, campaign finance and “fake news.” Democracy, as we know it, will hang in the balance. (Sound familiar?)