Netflix's Ted Sarandos To HFPA: “We’re Stopping Any Activities With Your Organization Until More Meaningful Changes Are Made"
Read the full story
July 23, 2020 7:15am 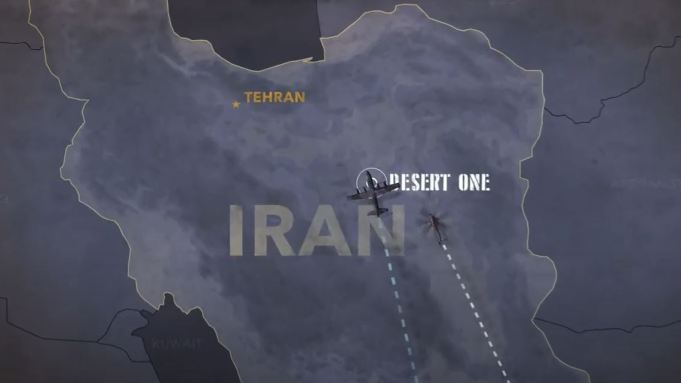 Director Barbara Kopple’s upcoming documentary Desert One revisits the 1980 mission to rescue the 52 American hostages in Iran, daring and audacious in its goal, but ultimately ending in failure and tragedy.

In the trailer are clips of interviews with some of the figures of the era, including President Jimmy Carter, who ordered the mission, and Ted Koppel, the ABC News anchor whose late-night special reports on the hostage crisis became the genesis of Nightline. Kopple also interviews former hostages and hostage takers.

Desert One will have a theatrical/virtual release August 21 from Greenwich Entertainment. It had its world premiere at the Toronto Film Festival.

The rescue mission was to be carried out by special operations forces, but it was crippled by the failure of several helicopters. The mission was then aborted, but one of the helicopters collided with a transport plane, resulting in the deaths of eight members of the military.

“It was touching and revelatory for me to find another side of these special ops soldiers and Iranians that we don’t often see, to sit down for such personal conversations with so many about a story that still clearly matters very much to them,” Kopple said in a statement.

In making the movie, Kopple also went to Iran to capture people’s recollections of the hostage crisis and the mission, including a man who was just 11 years old when he was riding a bus that came upon the American soldiers at their staging area.

Kopple said that her interview with Carter was “one of the most precious moments” of her career. She said that she “rediscovered Jimmy Carter’s presidency through this film and found much to admire.”

“I was very determined to get the hostages released,” Carter says in a clip in the trailer.

The hostages were released, but not until the very end of Carter’s presidency, when Ronald Reagan was sworn in as his successor in 1981.