Continue to Deadline SKIP AD
You will be redirected back to your article in seconds
Skip to main content
October 22, 2019 5:19pm 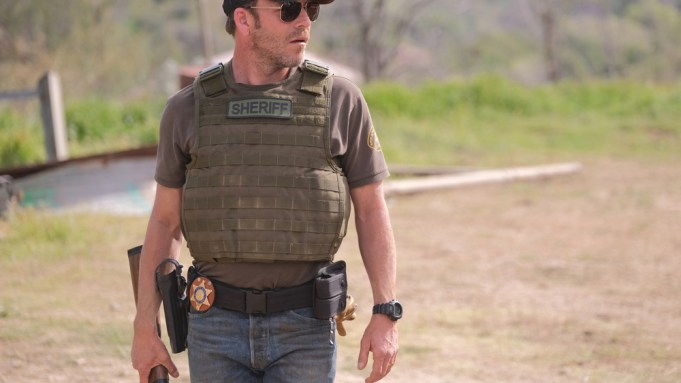 “You need three things to do this job. Badge. A gun. And what’s in your heart.” That’s the advice for the new Los Angeles County Sheriff (Stephen Dorff), who is suddenly forced into unfamiliar territory with his new job.

Written by Will Beall and directed by David Ayer, Deputy is a cop drama that blends the spirit of a classic Western with a modern attitude and gritty authenticity. When the Los Angeles County Sheriff dies, an arcane rule forged back in the Wild West thrusts the most unlikely man into the job: a fifth-generation lawman (Dorff) who’s more comfortable taking down bad guys than navigating a sea of politics. He leads a skilled team of ambitious and complicated human beings who won’t rest until justice is served.

Deputy is produced by Entertainment One and Fox Entertainment. Ayer and Chris Long of Cedar Park Entertainment serve as executive producers, alongside John Coveny and showrunner Kimberly Harrison. Beall created the series and Ayer directed the first two episodes.