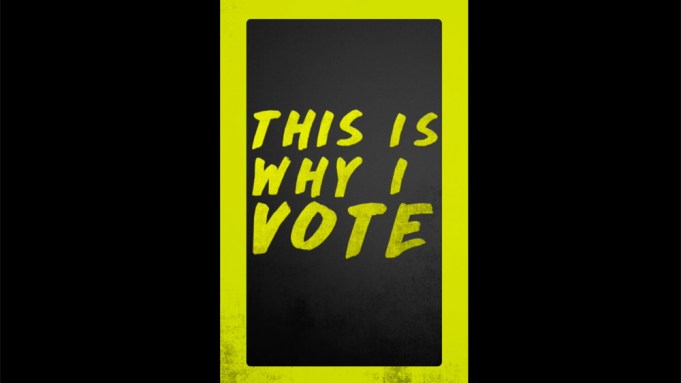 Two days away from one of the most important elections of our lifetime, Black and Blue director Deon Taylor rallied prominent Black men in media and beyond (as well as some allies) to help mobilize communities to get out and vote. Taylor teamed with Michael Bloomberg for for the “This Is Why I Vote” campaign which features Michael Ealy, Mike Colter, Tyrese Gibson, Van Jones, E40, Tyrin Turner, Joseph Sikora and many others as they speak out against the injustice that the current administration as brought upon marginalized voices — specifically the Black community — in the past four years.

The video features the men being vocal about social injustice, climate change, police reform, education reform and many other issues facing our country today. Taylor told Deadline that former New York mayor Michael Bloomberg reached out to him to make the PSA. The director wanted to make a PSA that speaks to Black men across the country who have long been left out of the conversation when it comes to politics.

He wanted to feature men who aren’t just celebrities but who have strong ties to the community. This includes people like the aforementioned Tyrese Gibson who is strongly connected to Watts in L.A. and rap icon E40 who proudly represents the Bay Area.

“If a racist attacks me, I want a president who is on my side and not on the side of the racists,” says Jones in the video.

The common message is that all the men in the video are “tired of the lies” that the current administration has spouted. “This Is Why I Vote” further bolsters the need for underserved communities to create change by voting on November 3.

At the end of the video, people are urged to tune in on BlackPAC.com and the social media channels of Taylor and the media figures featured in the PSA on November 2 at 10am EST.  They will continue stories from Black men and many others that support the “This Is Why I Vote” campaign.

Taylor’s “This Is Why I Vote” campaign aligns with his organization “Be Woke. Vote” which he launched with philanthropist and investor Robert F. Smith. To date, “Be Woke. Vote” has registered over 840,000 people to vote. They are currently in 27 cities mobilizing communities to head to the polls on November 3.

Watch the PSA above.