Continue to Deadline SKIP AD
You will be redirected back to your article in seconds
Skip to main content
August 27, 2020 7:30am 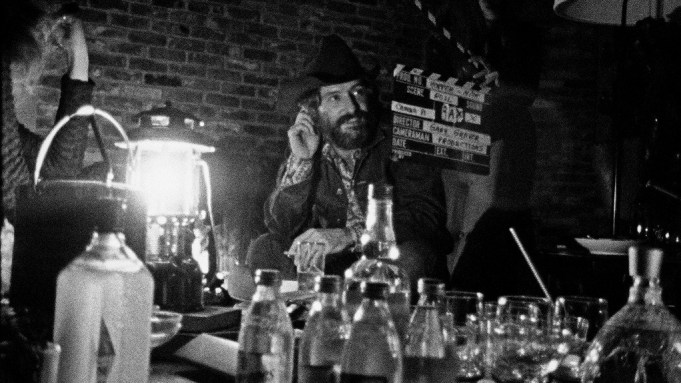 In the clip, the two renegade directors discuss the filmmaking process, the challenge of editing and Hopper’s recent counter-culture hit starring Peter Fonda.

The never-seen before footage has been assembled by producer Filip Jan Rymsza and editor Bob Murawski (The Hurt Locker) from the 1,083 reels of footage for The Other Side Of The Wind, the unfinished Welles film that the duo mounted for the Venice Film Festival two years ago.

The 1970 meeting came about when Hopper agreed to a cameo role in Welles’ troubled The Other Side Of The Wind. The Citizen Kane director flew Hopper from New Mexico to Los Angeles, where he cooked him a pasta dinner before they spent the evening talking as the cameras rolled. The unscripted and timely conversation between the two film legends – with Welles probing Hopper as the off screen interviewer – spans politics, violence, America, religion, family, sex and moviemaking.

Hopper said in an interview years later that during the conversation Welles adopted the persona of The Other Side Of The Wind’s lead character Jake Hannaford, a legendary director who was ultimately played in the film by John Huston.

And for the eagle-eyed out there, you may notice the clapperboard says ‘director: Gary Graver’ [who was DOP on the footage]. We’re told that’s because Welles, forever the indie filmmaker saving money where he could, didn’t want to get dinged for higher film processing fees.

Hopper/Welles, which runs 130 minutes, will screen out of competition at the Venice Film Festival, which gets underway next week. CAA reps sales.