Continue to Deadline SKIP AD
You will be redirected back to your article in seconds
Skip to main content
March 16, 2021 3:15pm 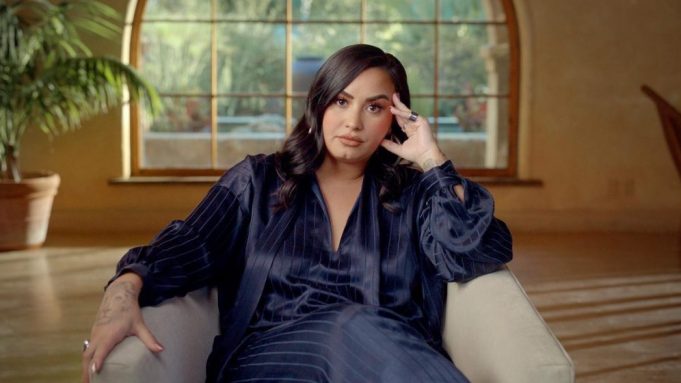 Singer-actress Demi Lovato has achieved a lot in her 28 years—fame in a Disney Channel TV series and in the Camp Rock movies, pop music stardom and millions of albums sold. But alongside all the successes have come devastating personal challenges—mental health issues, addiction and a near-fatal drug overdose in 2018.

Lovato has been remarkably transparent about her struggles, but she opens up as never before in the documentary series Demi Lovato: Dancing with the Devil. The four-part series directed and executive produced by Michael D. Ratner holds its world premiere at SXSW, honored as the festival’s opening night film.

“Her willingness to be vulnerable and her bravery to talk about some of the lowest moments in her life is admirable,” Ratner commented during an appearance in the Deadline SXSW Virtual Studio. “Demi, with her platform and huge following, taking that jump—it’s obviously a nerve-racking thing to lay it all out there for the whole world, and she was willing to do that. I think that’s the reason why this documentary is so powerful and compelling.”

Ratner, whose OBB Pictures produced the docuseries, conducted multiple interviews with Lovato. His voice can be heard off-camera, almost serving a therapeutic function.

“First and foremost I play the role of listener and safe space provider,” Ratner explained. “I think that she needed to have a very comfortable environment to share her truth and it was really ultimately up to Demi how much of the story she wanted to share.”

Lovato got real about her evolving sense of her own sexuality, past eating disorders, the overdose that caused three strokes and a heart attack, and relapses she has weathered. Lovato, in consultation with her drug counselor, has adopted for a “moderation sobriety” approach to handling her addiction, which for her involves partaking in an occasional drink and sometimes smoking marijuana. That and more personal territory is covered in the series.

“When making a project like this I’m well aware of the world and environment we live in,” Ratner acknowledged, “and there are going to be haters, and naysayers, and doubters, and critics, and internet trolls, and what have you, and I wanted to make sure that we were answering all those questions—not because we have to, but because we’re there making a piece that’s honest. I wanted to think about it from every different perspective. We weren’t there just telling one side of the story or making a puff piece, obviously.”