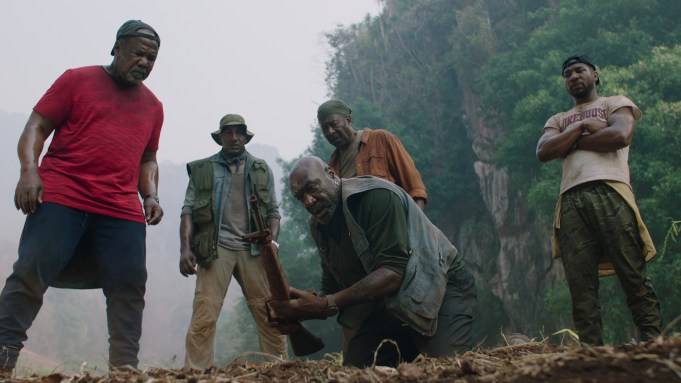 A new featurette from Netflix shows off Lindo’s skills as Paul, who has joined his fellow vets Otis (Clarke Peters), Eddie (Norm Lewis) and Melvin (Isiah Whitlock Jr) as they return to Vietnams searching for the remains of their fallen squad leader (Chadwick Boseman) and the buried treasure they left behind. They are joined by Paul’s son (Jonathan Majors) and must all in their own way confront the ravages of war and nature.

The role of Paul reunited Lee and Lindo on a movie for the first time in 25 years, after a stretch in the mid-1990s where Lindo appeared in Lee’s films Malcolm X, Crooklyn and Clockers. “We go way back,” Lee says in a new featurette on Lindo’s accomplishment in Da 5 Bloods.

In the most recent film, Lee singled out Lindo’s work on a scene written by Lee and his writing partner Kevin Willmott in which Paul delivers a soliloquy of sorts while trekking through the jungle by himself.

“I knew I wanted that to be done in one take – no cuts, looking straight into the camera,” Lee recalls. “Not all actors can do that, but, you have a better chance of doing that I think when you have a theater background. I’ve seen Delroy on Broadway, I saw him doing August Wilson. I knew that I could write a five-page scene and he could do it in one take….just let him have enough time to prepare.”

Check out the featurette above.