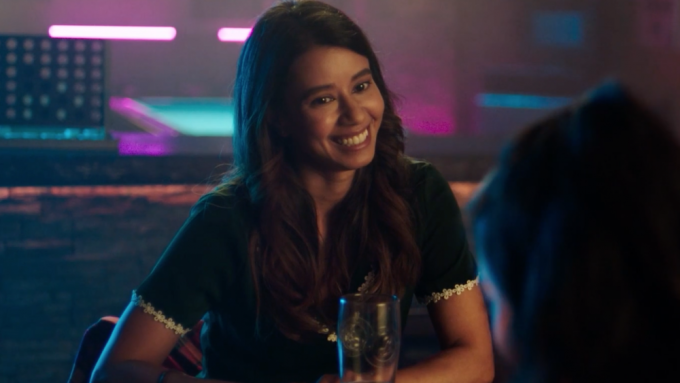 EXCLUSIVE: Known for her role as Sarah from the “We Got Y’all” gang in the newly-nominated HBO series Insecure, Sujata Day makes her feature directorial debut with the South Asian-driven Spelling Bee family dramedy Definition Please. Day has dropped the new trailer for the pic along with the film’s poster ahead of its world premiere at Geena Davis’ Bentonville Film Festival in August.

Written, produced and starring Day, Definition Please follows Monica Chowdry (Day), a National Spelling Bee champ…from 15 years ago. As seen in the first trailer, we see that life hasn’t quite panned out as expected for Monica since her big win. When her estranged older brother returns home to help care for their sick mother, the siblings must find a way to reconcile.

“Hollywood is currently in a state of major upheaval as creators of color call out its broken systems which leave us out of the game,” said Day. “I wrote, produced, directed, and starred in my film because traditional Hollywood left me no other choice. No one in Hollywood was willing to take a chance on me, so I took a chance on myself. Instead of waiting for an invite to that elusive seat at the table, I built my own table.”

Day played CeCe in Issa Rae’s The Misadventures of Awkward Black Girl which was the basis of Insecure. She is also an alumna of the Sundance New Voices Screenwriting Lab and is the 2019 HBO Visionaries Ambassador. Day wrote, produced, and directed and starred in the short film Cowboy and Indian which played at the 2018 Bentonville Film Festival title, mong other fests. The short was acquired by a studio and is currently being developed as a television series.

She is repped by Pietra Ingenito at A3 Artists Agency and Bob Myman and Jennifer Grega at Myman Greenspan.